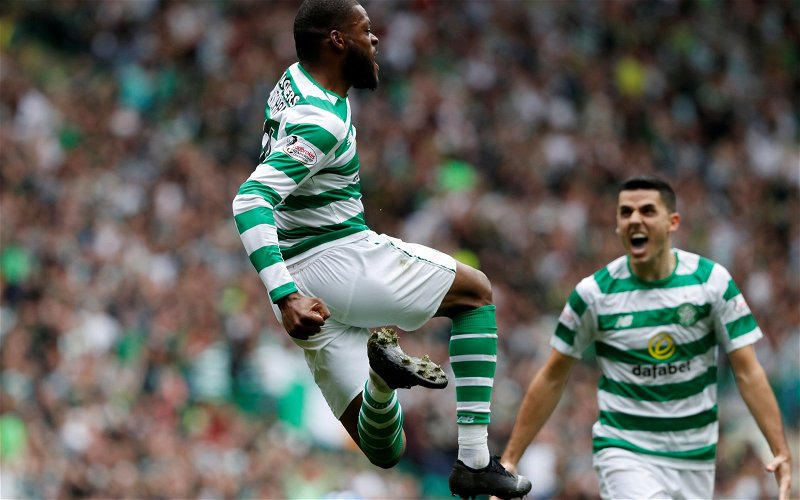 A Sky Sports News reporter has claimed that Southampton have dropped their interest in Olivier Ntcham.

Linking a Celtic player with Southampton is a well chosen option with Fraser Forster, Virgil van Dijk, Stuart Armstrong and Victor Wanyama all taking that route, in June Ntcham was suggested as part of a deal for Fraser Forster but swap deals rarely happen these days.

Rebecca Williams is specialising in Southampton during the transfer window with their interest in the French midfielder being downgraded.

Southampton showed initial interest in Celtic’s Olivier Ntcham, but it’s not expected to lead to a deal. It’s understood Porto and Lyon are also interested, with Porto trying time sign him last summer too….

Ntcham has two years left on his Celtic contract but appears to be fourth choice in the three man midfield being preferred by Neil Lennon.

After impressing when he came on as a substitute against KR Reykjavik he has started the last three matches with Celtic going without a recognised striker against Ferencvaros.

The imminent arrival of Shane Duffy on loan pushes Celtic’s summer spending to over £15m with a sale or two expected to balance the books.