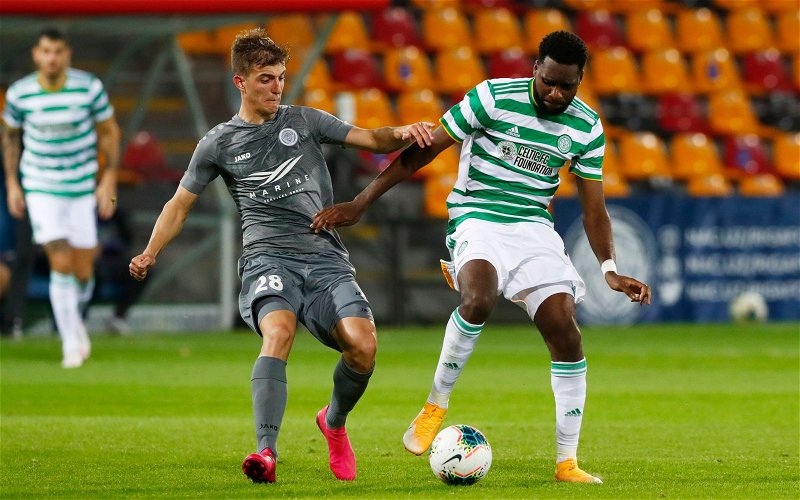 With 10 days left till the transfer window closes Celtic have yet to sell any of their first team squad.

Over the last two summer windows Celtic have made massive transfer profits from the sales of Moussa Dembele and Kieran Tierney with another major deal still possible.

Odsonne Edouard is the most valuable player in the squad with his every move being monitored and interpreted as the clock ticks towards October 5.

Stephen McGowan has a track record of being very close to the action when it comes to Celtic transfer activity with his tweet last night capturing the range of opinion among supporters.

Edouard missed Saturday’s win over Livingston but was in from the start last night against Riga. There did seem to be a missing edge to his play but he was far from alone in that respect.

With the game goal-less it seemed a strange move to substitute your top scorer with eight minutes left but Moi Elyounoussi proved to be the match-winner.

That decision gave further fuel to speculation and guesswork, with McGowan’s status there will be further questions asked over whether the Frenchman will still be in Glasgow on October 6.

After a season on loan Edouard signed a four year contract with Celtic in June 2018 for a fee of £9m with Paris Saint Germain having a sell on clause on the contract.

Not sure if Odsonne Edouard isn’t fit enough to be there.

Or doesn’t want to be.

@mcgowan_stephen unleashed by Peter to set expectations thanks for the memories Eddy. @Oedouard22

I’d say just not fit, hes never stopped trying or looking for the ball the last few games, he’d be sulking and disinterested but that doesnt seem the case to me. He needs games, sharpness will come

I think it’s the former..he’s struggling and needs help. NL probably giving him game time and will make the change soon.