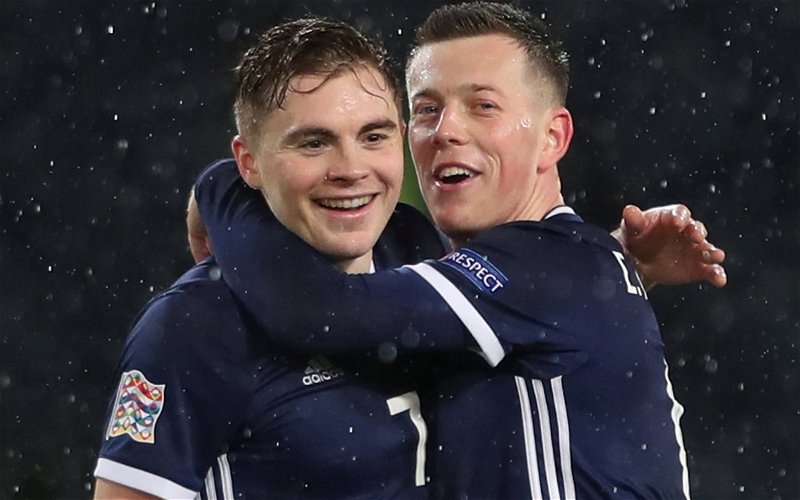 Celtic have been forced to explain their stance on international football after being swamped with demands to withdraw players.

Within the space of 24 hours Ryan Christie and Odsonne Edouard were ruled out of Neil Lennon’s preparations for the Glasgow derby on October 17.

There is debate over when Edouard will be able to return to Scotland and re-join training while Christie is facing a fortnight in self-isolation because he enjoyed a socially distant game on the Play Station 4.

The SFA have been predictably quiet on the Christie issue prompting Celtic and Christie into questioning how they are implementing the protocols.

. #CelticFC response to calls for our players to be withdrawn from international duty:

“The Club will always do everything possible to protect the health and wellbeing of our players, but the release of players for international matches is governed by the FIFA regulations.”

As well as players Celtic are currently providing the SFA with a goalkeeping coach (Stevie Woods) and a physio (Tim Williamson). Callum McGregor and Greg Taylor are still with Steve Clarke’s squad.

Scotland face Israel tonight followed by Slovakia on Sunday and the Czech Republic on Wednesday.