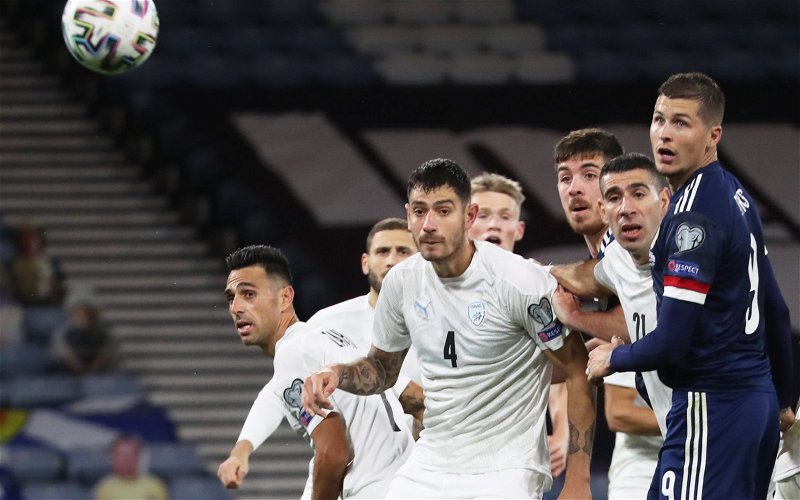 Celtic are believed to have requested the return of their international players on the back of three separate developments over the last week.

Since June no positive tests have been returned on Celtic players, even after Boli Bolingoli opted to take a Ryanair trip to Malaga.

Since Celtic played St Johnstone last week Odsonne Edouard and Nir Bitton have tested positive with Ryan Christie put in 14 days of self isolation on the opinion of a Track and Trace official from Lothian Health.

After the Christie case Celtic tweeted that they were duty bound to release players for international duty, last night the tone was firmer as they confirmed the Bitton case:

Under FIFA regulations, clubs are obliged to release players for international duty.

We will be maintaining close contact with international associations in order to ensure everything possible is being done with regards to the care and protection of our players.  The priority must be the safety of our players at all times.

Video Celts now understands that formal requests have been made to the Associations of Scotland, Ireland, Israel and Norway for the release of Celtic players. Other Scottish clubs are believed to have backed the move.

With all of those countries playing Nations League matches today the request is likely to be ignored. If Celtic are allowed to withdraw players others clubs will make similar requests.

It does however indicate that Celtic are taking the issue seriously with the health of their players the number one concern ahead of having a depleted playing pool.

Celtic and Arsenal both issued statements claiming that Christie and Kieran Tierney maintained social distancing with no response from the SFA to those serious claims.

On Thursday Scotland’s u-19 match against England was abandoned after 43 minutes when head coach Billy Stark tested positive. The full squad is now in self isolation.