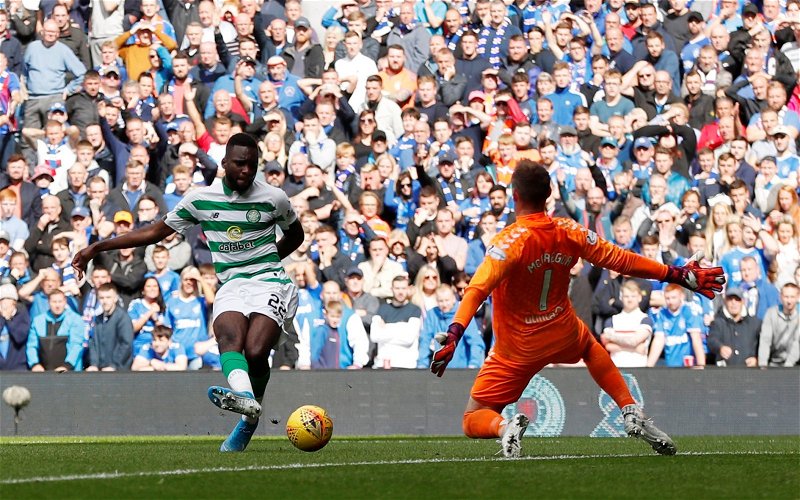 Peter Martin has continued to question Odsonne Edouard- claiming that the striker was lethargic during Sunday’s 3-0 win over Hibs.

Wary and concerned might be a better description of the young French striker who was booted all over the park against Dundee United with no protection from Andrew Dallas.

Following that match Edouard missed two games through injury as Celtic were knocked out of the Champions League qualifiers by Ferencvaros.

Against Livingston and Hibs the former PSG striker started on the bench with Neil Lennon highlighting the fact that the 22-year-old is off form rather than anything more sinister.

Some Celtic fans certainly don’t even like criticism of their star man but he’s not at it, I’ve watched him. If he’s the Edouard of last year, then I’m gobsmacked because he looks lethargic at times, off the pace, trying to beat men – loses the ball. It is not the man that we witnessed last season

Edouard is expected to be in the Celtic side against Sarajevo tonight with four days remaining in the transfer window.

With two years left on his contract and PSG due a cut of any transfer profit there isn’t any strong reason for Celtic to cash in on the striker at this stage.