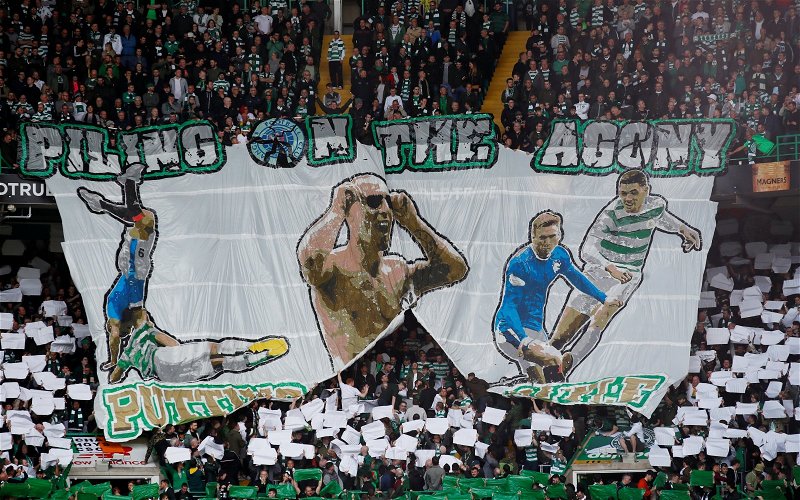 Neil Lennon and his players saluted the Green Brigade after they were invited in to Lennoxtown to display their support for the 9-in-a-row champions.

Back in March the Celtic boss led his players around Celtic Park after a 5-0 win over St Mirren not knowing that it would be the last interaction of the season.

Within a month of the season coming to a halt it was clear that there would be no resumption with the chances of playing in front of supporters even further off.

We’re out here for you, be in there for us.https://t.co/3OBWggbvlD pic.twitter.com/D2F3NHydjX

In pre-seaspn there were crowds of less than 5,000 fans in Lyon and Paris as the players prepared for a new norm- since getting back to Scotland there has been one Trial Match at Ross County with 300 carefully selected fans watching the visitors run out 5-0 victors.

Social media interaction hasn’t been the greatest this season with an army of cyber experts out in force looking to micro-analyse every decision, every tactic and team selection.

Some performances have been hard on the eyes, Riga away springs to mind but Lennon is a manager in touch with the support and would have been central to the scenes at Lennoxtown this morning on the eve of a match that every fan is willing the hoops to deliver in.