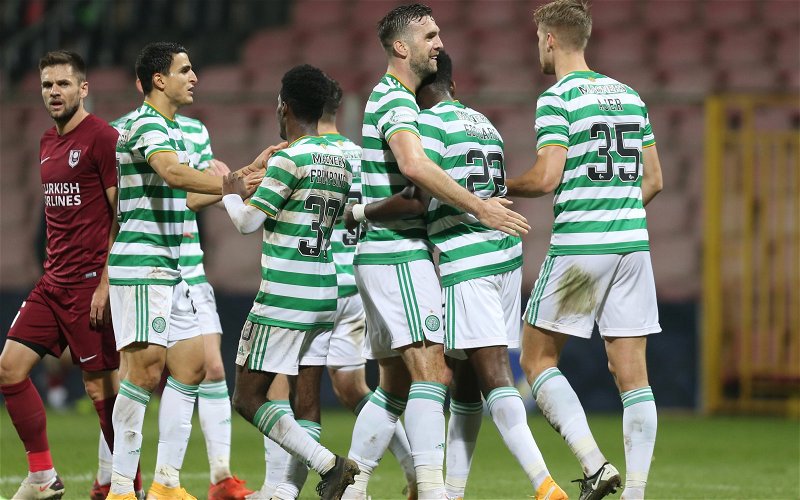 Celtic have been drawn to play AC Milan, Lille and Sparta Prague in the Europa League.

It is almost as tough as it could be and deserving of the Group of Death tag following the lunchtime draw.

The first three matchdays are on October 22, October 29 and November 5 with the fixtures being announced later today after Television scheduling is completed.

Milan were the biggest name in Pot 3 but finished last season a distant sixth behind Juventus winning half of their 38 fixtures, over the last six months they have been strongly linked with signing Kris Ajer.

Similarly Lille are as strong a side as you could get in Pot 4 with the French side raising a fortune over the last three transfer windows from player sales. Ex Celt Timo Weah is part of the Lille squad.

It will be a tough task for Celtic to emulate last season when they topped their Europa League group but there will be plenty of interesting Thursday night viewing over the next two months.

Our confirmed #UEL Group for this season’s competition! ?

Pots 3 and 4 have not been friendly to us but good to have a glamour tie and our chances will get better if Lille come back in for Morelos!

Some fantastic nights to look forward to under the disco lights.

What a draw we have zero luck. Big teams with very good players. Look at Group J & Group G. Still. It’s a strange year who knows what could happen.

Milan are a shadow of themselves, Lille are half decent as are Sparta. Stop panicking, in the games we need to win our fluent none up top football will prevail and we will get a point

We scraped it past Riga and Sarajevo