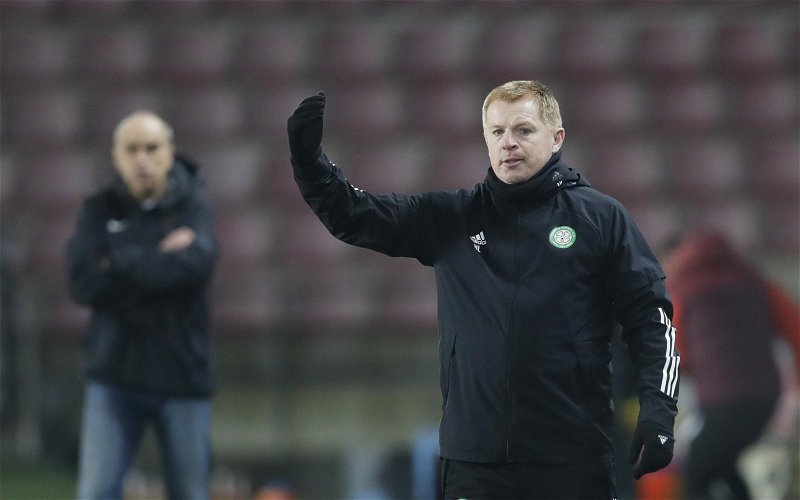 Chris Sutton was strangely absent from BT Sport coverage of Celtic’s 4-1 defeat from Sparta Prague but watching from home he came to the same conclusion as the hoops fans watching on telly.

Over the last month more and more fans have reluctantly coming to the conclusion that the job has become too much for Neil Lennon.

Yesterday in the Record Celtic Podcast Sutton turned his anger on the Green Brigade, describing the Ultras group as a bunch of idiots for unfurling a banner calling for the removal of Neil Lennon.

That decision was arrived at with a heavy heart as their statement explained, tonight for Lennon’s sake it is clear that he needs removed from the job.

Hard for Neil Lennon to see this out after that.

Losing 21 goals in nine games is a horrendous record that is averaging more than three per match in the Europa League.

Whoever plays in defence, whether a three or a four, the outcome is the same. Time is up for Lennon with his former team-mate realising that his record can no longer be defended.