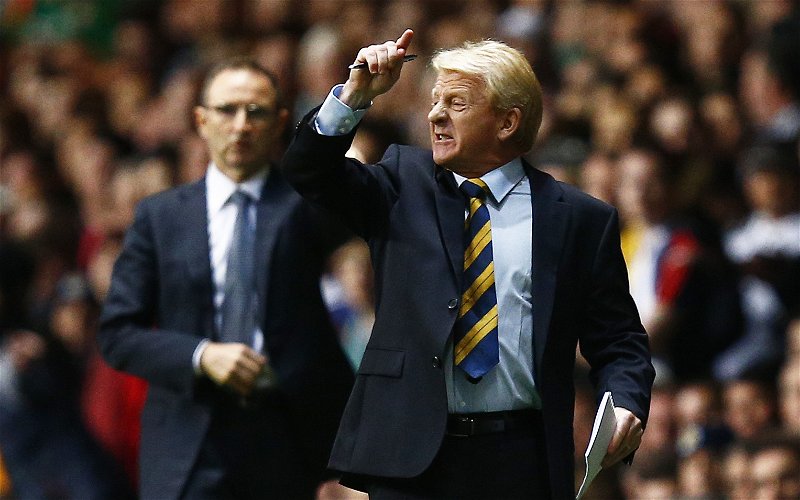 On the back of the Daily Record running through the scenario of Gordon Strachan taking over as Celtic manager Etims has come up with a different scenario.

The longest running Celtic website retains a detached brief, running a daily diary that is often self mocking but in the true traditions of their much missed Friday Rumour Mill of yore there is always something in it that makes you think ‘what if?’

This morning their mischievous team has looked at the Strachan story and lined it up against their own information that Martin O’Neill and Roy Keane could be brought into the club as the season gets close to total collapse.

On one level it might be an O’Neill v Strachan battle- more intriguingly it would be a contest between Dermot Demond and Peter Lawwell with the CEO reclining into the shadows if the All Ireland Team march into Celtic Park.

Introducing the news from their sounding, Etims reports:

The talk at the ranch, and also among others too many to mention is that Martin O’Neill and Roy Keane will take over the reins from Neil Lennon, and guide Celtic through the rest of the season.

The storyline appears to be that back in May 2019, in a very casual way, Martin O’Neill let Peter Lawwell know that he was available if needed. This was apparently at the funeral for Billy McNeill. It looks like he’s needed now.

There is a lot of talk at the ranch about the pair, though it’s hard to ascertain if it’s merely a “what if..? “, although the fact that there is talk in the first place could be more than significant. If the managers coat wasn’t on a shoogly peg, there’d be no talk at all.

O’Neill had a short stint at Nottingham Forest last year after his partnership with Keane in charge of the Irish national team came to an abrupt halt.

Strachan or O’Neill is hardly a forward looking appointment but with Celtic’s season hanging by a thread a short, sharp shock is needed rather than a long term strategic development plan.