Loan Celt owns up over incident caught by TV cameras 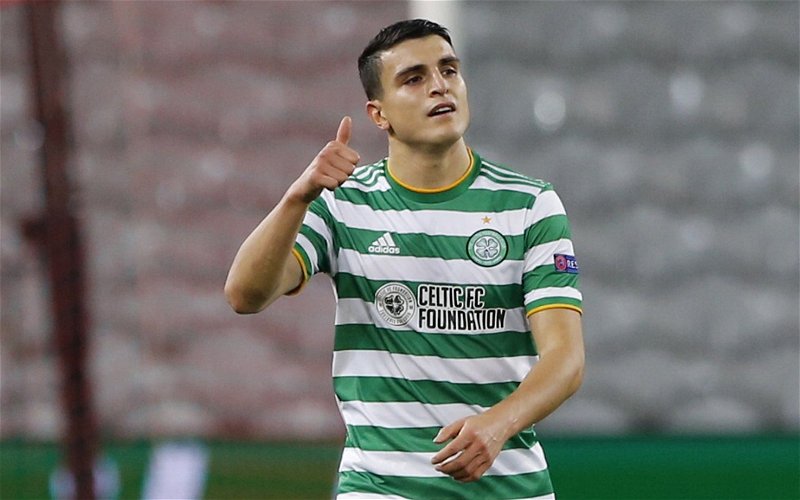 Moi Elyounoussi has explained his phone use during Celtic’s Europa League defeat from Sparta Prague.

The winger was replaced by Leigh Griffiths in the 59th minute, wit seven minutes left to play the BT Sport cameras showed him sitting in the stand having a look at his phone.

On a night of despair for the Celtic support it was a minor incident with Elyounoussi telling Norwegian publisher VG:

First of all: This is unacceptable to me. I have talked to both the coach and the captain, and the case is dead between us.

The phone is just out of pocket. I have warnings from Milan-Lille, ie the second match in our group, and I should just check the result in that match.

In any case, it is stupid of me to put myself in that situation. I lie down and take the punishment I possibly get.

A week ago Elyounoussi was a hero for Celtic after scoring twice in Lille as the team appeared to turn a corner.

At 1-0 last night he almost drew Celtic level with an effort that struck the top of the crossbar but he was unable to add to his three goals in this season’s Europa League.

Chris Sutton picked out the mobile phone incident but in the big picture there is a massive malaise around Celtic at the moment with no-one performing to their potential.