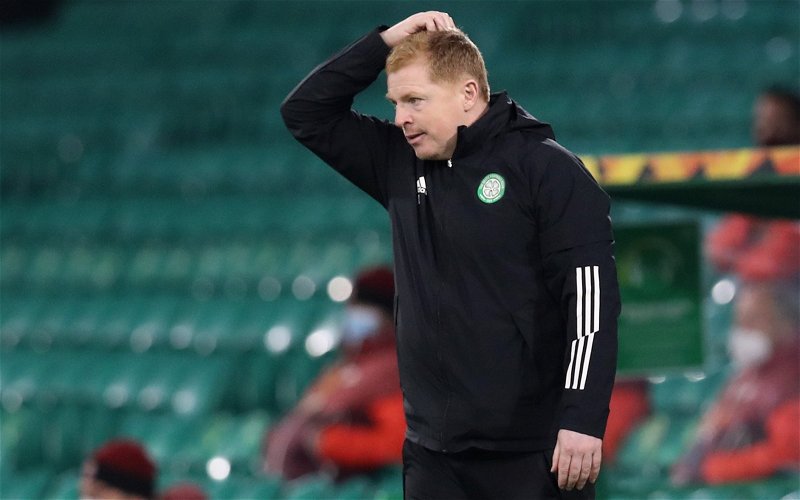 Stephen McGowan believes that Neil Lennon’s Celtic career is now in the same phase as Tony Mowbray after a 4-0 loss away to St Mirren in 2010.

Ironically, within 24 hours of that result Lennon was in charge as caretaker with Mowbray dispatched onto gardening leave. McGowan has very strong contacts inside Celtic with a track record for being very close to breaking news.

Tonight’s 4-1 defeat from Sparta Prague had echoes of that result in Paisley, the scoreline didn’t flatter the Czech champions.

That defeat wasn’t at Love Street but the message is the same.

After the apparent confidence boost of beating Aberdeen 2-0 to reach the Scottish Cup Final it was felt that a corner had been turned. Tonight the team turned in their worst performance of the season with no redeeming features.

Celtic have one more match, away to Motherwell on Sunday before an international break with the spotlight on Peter Lawwell every bit as much as Lennon.