Neil Lennon hits out at Clarke over star player 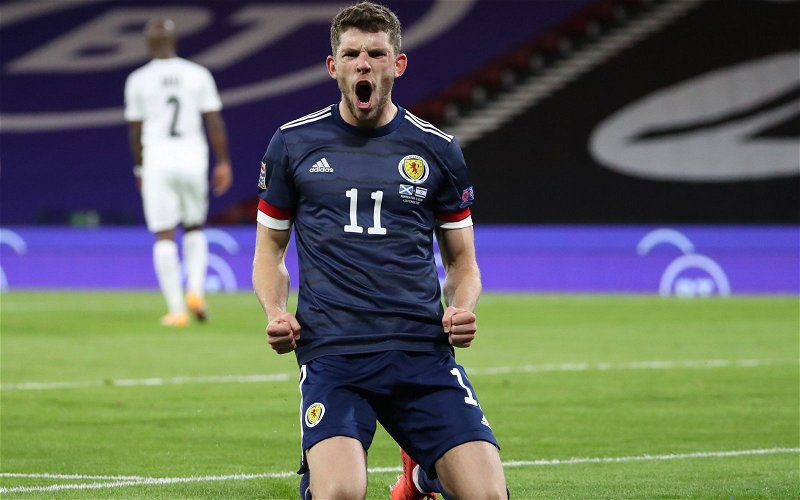 Neil Lennon has hit out at Steve Clarke for his overuse of Ryan Christie.

A week ago the attacking midfielder was a national hero after scoring against Serbia then giving an emotional interview to Sky Sports.

Christie ran himself into the ground for 87 minutes in Serbia then was asked to do the same on Sunday against Slovakia and in Wednesday’s match against Israel.

Last month the SFA’s failure to ensure social distancing meant that Christie had to self-isolate through three international matches but this time Clarke ensured he got everything possible from the Celt with no further internationals till March.

?WATCH: Neil Lennon has been left frustrated after Ryan Christie started all three of Scotland’s games during the international break.

“Well he didn’t rest Ryan – that didn’t please me.

“It was three 90 minutes in six days which is a big ask for any individual”. pic.twitter.com/pB6NLeAbPL

The games were over a week- Thursday, Sunday, Wednesday.

Clarke made eight changes for the defeat from Slovakia with Kieran Tierney and John McGinn the other players retained.

While Tierney had a little less involvement than the other two players his role at the back is less energy sapping that McGinn and Christie.

Greg Taylor was on the trip to three countries without getting a minute of game time.