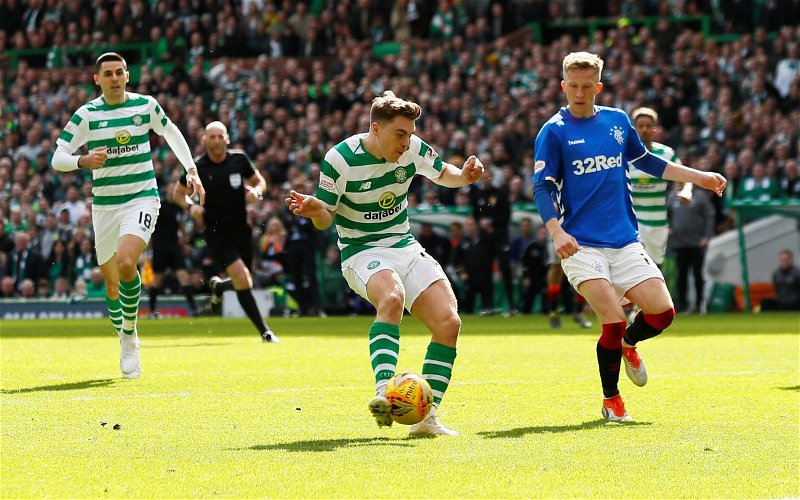 James Forrest looks like being out of action until the new year.

The winger hasn’t played since being injured away to Riga on September 24 and has now undergone surgery on his ankle problem.

Alongside Callum McGregor and Scott Brown Forrest has been the biggest contributor to the current run of success but now looks unlikely to be available for the Scottish Cup Final against Hearts on December 20.

Neil Lennon has confirmed that James Forrest had an operation on his injured ankle yesterday. He now faces at least 6-8 weeks out.

Ryan Christie and Jeremie Frimpong have filled in for Forrest on the right, although both players have their strengths neither brings the same contribution of balance to the side combined with goals and assists.

Forrest played on through his stress fracture until being replaced by Frimpong against Riga, it seems that rest has been unable to resolve the problem.

Chris Jullien and Mikey Johnston are also on the injured list leaving Neil Lennon light on wide options with his side appearing to be more comfortable playing in a 4-2-3-1 formation.

?? NL on injury updates: “Mikey Johnston has been training but he’ll be a while yet. Christopher Jullien will resume training soon, hopefully he’ll be back in contention after the international break. James Forrest had surgery this week so will miss a considerable time.”