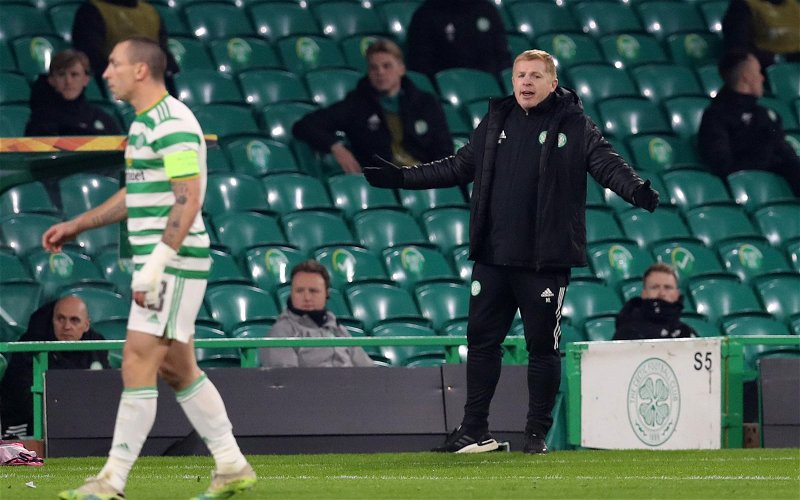 Chucked it, bottled it. Were among some of the phrases used by a shocked Chris Sutton straight after Celtic’s 4-1 home defeat from Sparta Prague.

It was a humbling night for the club, the scoreline didn’t flatter the Czech side who haven’t played a domestic match in a month and arrived on the back of defeats to Lille and AC Milan.

“One of the most gutless displays I’ve ever seen from a Celtic team.”@chris_sutton73 doesn’t hold back after watching Neil Lennon’s side lose to Sparta Prague… pic.twitter.com/J9XASayRzZ

After a 2-2 draw away to Lille and 2-0 win over Aberdeen there were hopes that a corner had been turned, unfortunately another corner was turned tonight with even more questions being asked of the players and management.

Shane Duffy was the only genuine defender in the starting XI with Sparta 2-0 up before half-time, deservedly on the balance of play.

The introduction of Leigh Griffiths perked things up briefly midway through the second half. After he scored Sparta picked Celtic off twice with the home side all over the place in the closing stages.

Speaking to BT Sport afterwards Callum McGregor said ‘We were so disjoined it was unbelievable’.