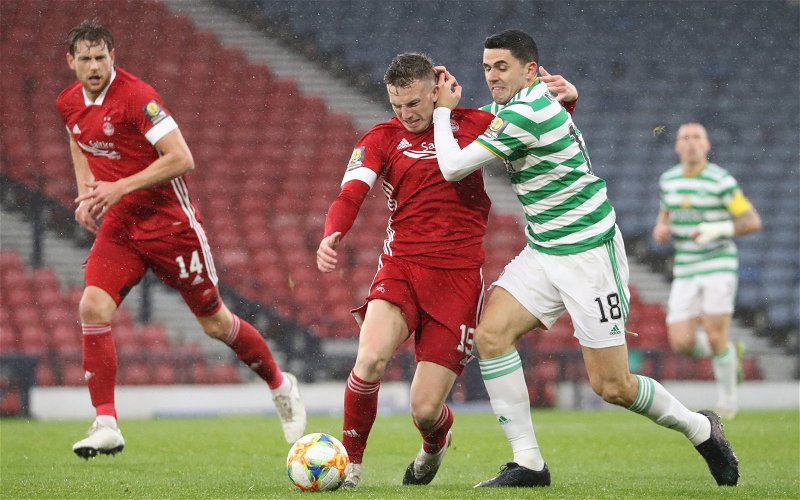 At the time the fee to Central Coast Mariners was generally reported at around £400,000 but that was over-stating the case.

Rogic hasn’t shown the same consistency as Larsson but he has been at Celtic for longer than the King of Kings and created almost as many lasting memories. His Scottish Cup winning goal in 2017 is comparable as the most memorable this century with Larsson’s goal against Boavista 14 years earlier.

Hampden semis and finals, Glasgow derbies and matches against Aberdeen seem to bring out the best in Rogic although most clubs in Scotland have suffered from his sublime skills and scoring prowess at some stage.

Few of the Hoops’ recruits of the last decade give the former recruitment chief as much pride as the bargain signing of Tom Rogic.

Still just 27, the midfielder, who looked on the way out in the summer, was hailed by boss Neil Lennon for his display in the Scottish Cup semi-final win over Aberdeen.

Park, who left the Hoops in 2016 after Brendan Rodgers’ arrival, provided SunSport with an insight into the deal which brought Rogic to Scotland.

During the 2013 January break Celtic were linked with a young Australian, he seemed to fall into the dreaded ‘project’ category but unlike most this one from Central Coast Mariners came good.

There were early signs of a talent but a year later he went on loan to Melbourne Victory to get match time ahead of the World Cup Finals in Brazil, in the build up to the Finals he had to admit defeat, watch the tournament on telly and return to Scotland to pick up on his dreams.

By the time of the 2018 Finals in Russia he had attained legendary status at Celtic. This summer he almost moved to Qatar but as Aberdeen discovered over the last 10 days there are more chapters to be written in the story of Celtic’s £220,000 bargain signing.