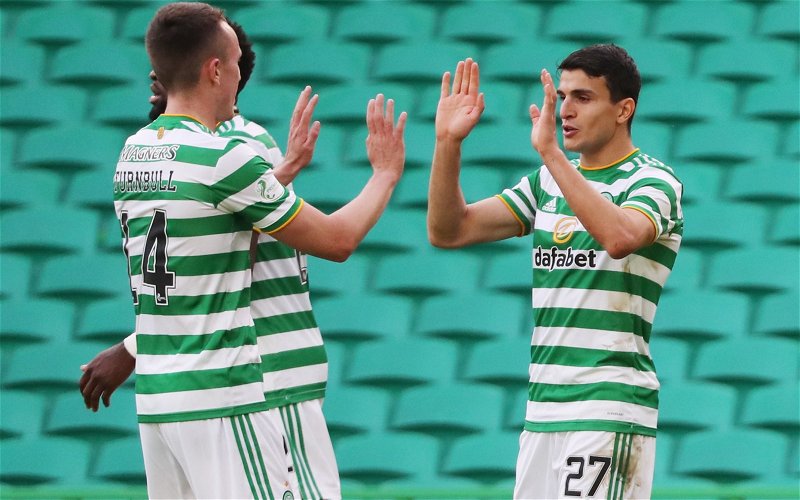 Ian Maxwell has apologised to clubs effected by positive test results and self-isolation orders following the Scotland u-21 trip to Greece.

On Friday after training with his Celtic team-mates David Turnbull returned a positive test that forced him into 10 days of self isolation.

According to Derek McInnes one member of staff tested positive before the flight to Greece with Maxwell admitting that the protocols will have to be tightened regarding social distancing.

Despite his denials Ryan Christie was forced into self-isolation for 14 days last month, after three positive tests among the u-21 squad a further eight players, including Lewis Ferguson and Connor McLennan, were identified as close contacts with 14 days self-isolation applied from Saturday.

In a statement on the SFA website Maxwell says:

In general terms, and as a former club Chief Executive, I can fully understand and empathise with the frustrations raised by clubs this weekend. Discovering on a matchday that players on international duty were considered close contacts of positive cases and therefore unavailable to the respective teams is hugely challenging to any club and I apologise for any and all disruption caused.

We have conducted an examination of protocols undertaken throughout the under-21 camp and it is the view of our chief medical officer that they are in line with the established protocols outlined in the Return to Football documentation. However, given the number of positive cases and close contacts I have instructed a thorough review of all matters relating to the under-21 camp to give clubs, the association and government greater comfort. I will also be keen to work with the clubs to optimise elements of the protocol from their perspective, especially around departure from international duty.

Today the SFA announced that two more staff members from the Greece fixture have tested positive with five close contacts having to self-isolate.

In August Maxwell and SFA President Rod Petrie opted out of the trip to the Czech Republic, in October an u-19 international match against England was abandoned at half-time after Billy Stark was informed of a positive tests.