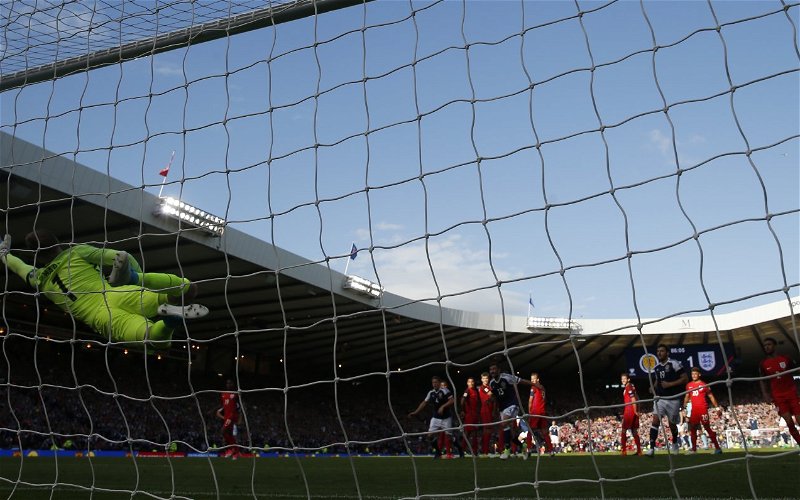 Leigh Griffiths seems certain to be left on the bench for Scotland’s Euro 2020 Play Off against Serbia on Thursday.

The striker has been left out of international football over the last two seasons but has been recalled by Steve Clarke despite not starting a Celtic fixture this season.

Over the last six weeks Griffiths has came off the bench to score against St Johnstone, Aberdeen and Sparta Prague with the Scotland boss eyeing up a similar role in Belgrade.

Leigh being Leigh, we all know his qualities in and around the 18-yard box. His recent finishes off the bench for Celtic have been top and hopefully he can bring something like that into the camp. But he hasn’t started many games for Celtic recently and it might be a big ask for him to start in a game of this magnitude.

Ryan Fraser has pulled out of the Scotland squad due to injury leaving Lyndon Dykes, Oli McBurrnie and Oli Burke as the other strikers in contention.

With Ryan Christie and Stuart Armstrong back with the squad Clarke is likely to start with an extra midfielder rather than a striker to support in-form Dykes.

Griffiths sat on the bench through Celtic’s 4-1 win at Motherwell with some international game time hopefully sharpening him up for next Sunday’s trip to Easter Road with Celtic needing a win over Jack Ross’ side.