Vitriol- Out of touch Martin O’Neill lectures on Social Media 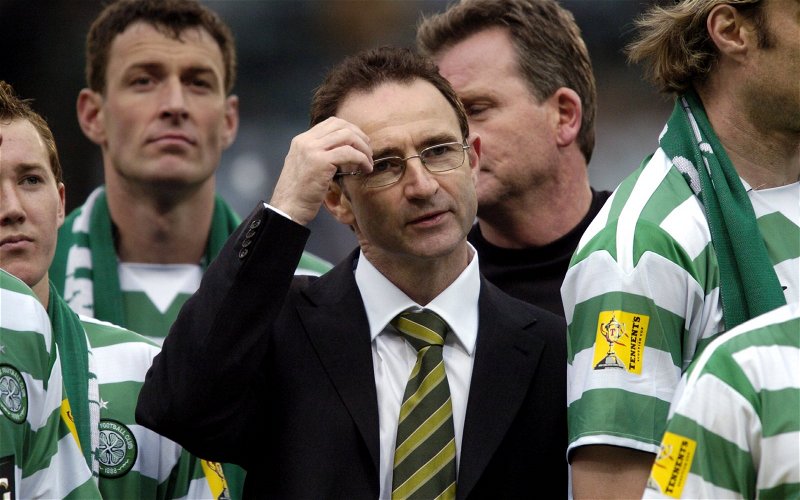 Martin O’Neill has hit out at the vitriol that Neil Lennon has received from Celtic fans on Social Media.

During his five years managing Celtic O’Neill could barely hide his contempt for traditional media with no Scottish outlet getting an interview outwith the contracted duties before and after matches.

Whenever he wanted to speak out on any issue he would inevitably contact an English title with the message coming back second-hand to the Scottish media.

O’Neill has no known Social Media accounts but is apparently fully aware of the criticism that Lennon has taken over the last month.

Speaking to Alison McConnell for interviews used in the Daily Record as well as the Glasgow Times he explains:

The pressure he is under right now is entirely unwarranted for the success that Celtic have had and the part he has played in that.

Anyone can head onto social media and stick up a poll. I can have 25 people all agree with me and the percentages would look great, they’d look fantastic but is some of the vitriol that has been put in his direction really reflective of the majority?

Ironically one of the polls asking whether Lennon should be sacked was in the Glasgow Times who are running with the quotes today.

There has been some vitriol aimed at Lennon which is completely unacceptable, whether folk like to be reminded of it or not no-one, absolutely no-one has suffered more real life personal abuse and physical attacks for being a Celtic employee than the man from Lurgan.

While O’Neill chooses to focus on the vitriol his new found interest of Social Media has overlooked many of the reasoned criticisms of Lennon and Celtic this season.

Comments and articles have highlighted the constantly changing tactics and formations, the over reliance on Scott Brown and the inability of Leigh Griffiths and Albian Ajeti to be fit enough to play 90 minutes.

On Lennon himself his comments about players wanting away after the Ferencvaros defeat then looking for a change in culture after the Sparta Prague humiliation have drawn criticism.

In many areas Lennon has been let down by the hierarchy at Celtic such as the lack of new signings in place for pre-season training and matches in France but as the 68-year-old O’Neil discovers Social Media he should perhaps look at the broader picture and reasoned criticism from fans watching every minute of every match.