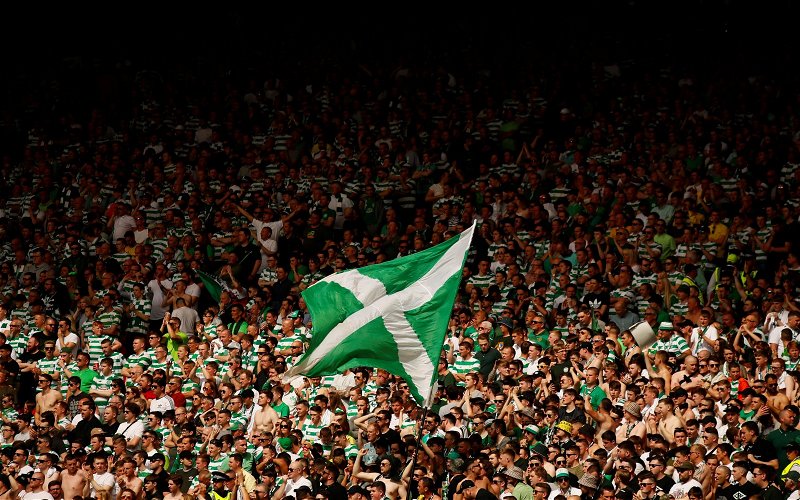 Celtic fans have started taking their protests to the newly erected barricades at the top of The Celtic Way.

The barricades went up on Friday afternoon and appeared to be a reaction to unrest from supporters after the Betfred Cup defeat from Ross County.

With trust, goodwill and communication between the club and fans at a low ebb the barricades seemed to sum up the unhealthy state of affairs at the club.

The message is clear! pic.twitter.com/eaMAEqhnux

These are our colours. pic.twitter.com/IgIqPTQPbF

Celtic fans hang jerseys, scarves and flags with slogans outside Parkhead in defiant message to under-fire board https://t.co/fqru7KcwPF

Sunday’s 1-1 draw with St Johnstone let Celtic trailing 13 points behind in the SPFL after being knocked out of three competitions before the start of November.

Despite having 50,000 Season Ticket holders that haven’t set foot inside the ground since March communication from the club has been minimal, last week Peter Lawwell issued a plea for unity while Neil Lennon insists that he will turn things around despite managing just two wins in 12 matches.