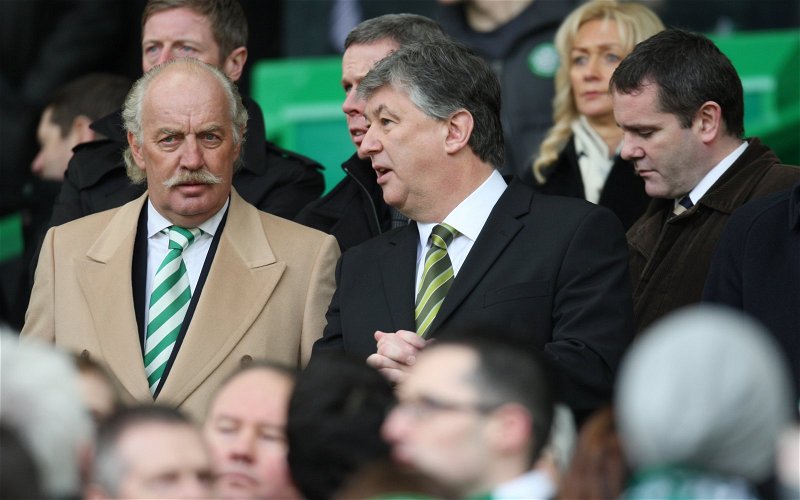 If the purpose of their 7pm Vote of Confidence in Neil Lennon was to rally the fans behind their vision then the Celtic Board of Directors should avoid Twitter tonight.

When you have nothing to say it is usually best to say nothing rather than go digging deeper against what is clearly a vast majority of Celtic fans. Over the last 24 hours there has been virtually no Social Media backing for the CEO or the manager.

Faced with two wins in 12 matches that have virtually destroyed the season the Celtic board believe that Neil Lennon is the man most likely to overhaul a 13 point lead in the SPFL. Either they have a non-existent contact book or they have been watching a different team over the last two months.

Tonight, Celtic are much closer to Hibs and Aberdeen that they are to the league leaders, before December got out underway the hoops had been knocked out of three cup competitions etc etc. The team has just snatched its way out of a five match losing run of home fixtures.

Other than ‘Keep The Faith’ the statement from the Board of Directors tonight offers nothing. There is no attempt to spin a disastrous season and no sign of a solution other than to trust the manager and the coaching team that was imposed on him.

Lennon has run out of answers and explanations, it seems that the Board of Directors are similarly out of their depth with their attempt at communications backfiring spectacularly.

The Board of Celtic Football Club wishes to make clear its continuing support for Neil Lennon and his backroom team.

Delusional garbage, an insult to every supporter, full of fantastical nonsense, outright lies and magical thinking to a fare thee well. This board of directors are not only at odds with the views of the the support, they are completely out of touch with reality. An absolute joke.

An utter shambles top to bottom

In other words. Nobody would do the job for less that won’t cost a transfer fee

Completely out of touch with the fans and reality ?

You cannot be serious! Revelling in mediocrity!

Blind stupidity is not an admirable trait. You have misjudged the the fact that the club has radically regressed in the last year or so. Be it upon your conscience that you choose to ignore the signs and the ‘customer’ as you call them.

Gross mismanagement. A bunch of stupid old men showing utter contempt for the support and the club’s long term health.

Lawwell and Co has way too much power and he needs to go. Lawwell has been CEO for 17 years and this is a very long time to be sitting in one place. Always resistance to change. It’s a serious problem for someone like him to become unsackable and untouchable.