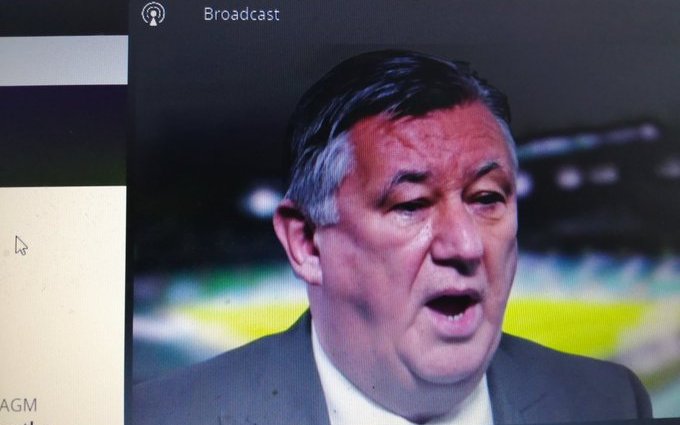 Three seasons’ running the hoops have crashed out of Champions League qualifiers with the loss of £30m a year largely down to failing to strengthen the squad in time for the most lucrative matches of the season.

This season Neil Lennon had no new signings on board when Celtic went to Loughborough and France for pre-season training and three friendlies.

Vasilis Barkas played his fourth Celtic match in this season’s defeat from Ferencvaros while Albian Ajeti came off the bench. Within a week of losing to the Hungarian side Celtic signed Shane Duffy and David Turnbull.

It has been a familiar failing down the years with Malmo, Maribor, AEK Athens and Cluj, all unseeded, knocking Celtic out under three different managers. This year alone Celtic have been beaten by Copenhagen and Sparta Prague in the Europa League with the Czech side racking up an 8-2 aggregate.

At the AGM Lawwell was keen to link Celtic’s failure with the lack of fans allowed at matches but that view was challenged head on by fans on Twitter.

To do that we need to restructure the leadership of the club. Fans have given enough.

Hey peter just an idea but maybe just maybe it might be an idea to go into the qualifiers with a strengthened team …. give it a thought

To blame the state we are in on no fans is laughable,and that’s me being kind! Every club is in the same position,that stops that exuse in its tracks! I’ve heard now refs and lack of fans are to blame! Complacency and arrogance are the real reasons for this sessions shit show!

they honestly believe they have rode this out with 2 wins…1 a dead rubber and the other against a team we should be giving a hiding too ?

We had fans for Athens, Cluj & Copenhagen. This goes beyond not having fans in the ground

We need Lawwell gone to achieve what we can in Europe.

He buys players after we have gone out.