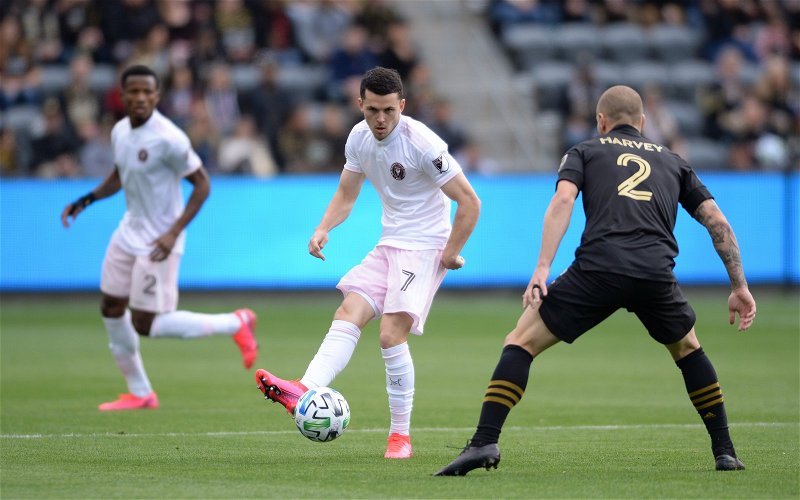 Lewis Morgan is reported to be a January transfer target for Sheffield United.

The 24-year-old left Celtic in January for Inter Miami with little fanfare but has found his form in the MLS alongside the big names brought together under the David Beckham inspired club.

Morgan started just 11 matches in two years at Celtic which came either side of loan spells at St Mirren and Sunderland.

The step up from St Mirren proved too much to overcome but it seems that his form in Florida has reignited interest in England.

The 24-year-old former Celtic prospect has also been attracting attention from French sides Bordeaux, Marseille, Nice and Rennes after a string of impressive displays in the MLS where he has been Miami’s most valuable player.

His signing was initially considered a low key addition alongside more illustrious names such as Blaise Matuidi, Gonzalo Higuain and Mexican Rodolfo Pizarro but Morgan has more than proved his worth for coach Diego Alonso.

Morgan, who has been capped twice by Scotland, has started every game for David Beckham’s Miami, is their top scorer with five goals and has delivered the most assists with eight.

Sheffield United, without a win this season might not be the most attractive option at the moment but there is always a certain lure from the EPL.

There hasn’t been any suggestion of homesickness for Morgan but being back in the UK could put him back in contention for a place in the Scotland squad for the European Championships.