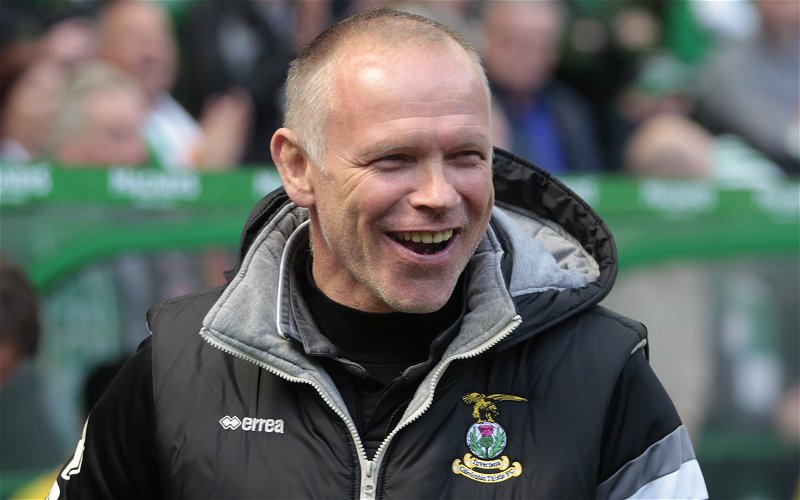 John Hughes returns to management today with his first match in charge of Ross County coming on Wednesday at Celtic Park.

Three weeks ago Stuart Kettlewell was celebrating a Betfred Cup win away to Celtic but on Saturday he was sacked on the back of a 2-0 home defeat from Hamilton Accies that left the highland side bottom of the SPFL Premiership.

Hughes has been out of football management since a brief spell at Raith Rovers ended in relegation to League One in May 2017.

In 2015 he guided Inverness Caley Thistle to winning the Scottish Cup after previous spells in charge of Falkirk, Hibs, Hartlepool and Livingston.

County are for points adrift at the bottom of the SPFL Premiership table and has been given the job until the end of the season with a clear brief to avoid relegation.

In 1995 Tommy Burns paid Falkirk £300,000 to bring Yogi to Celtic where he made over 40 appearances before moving on to join Hibs.