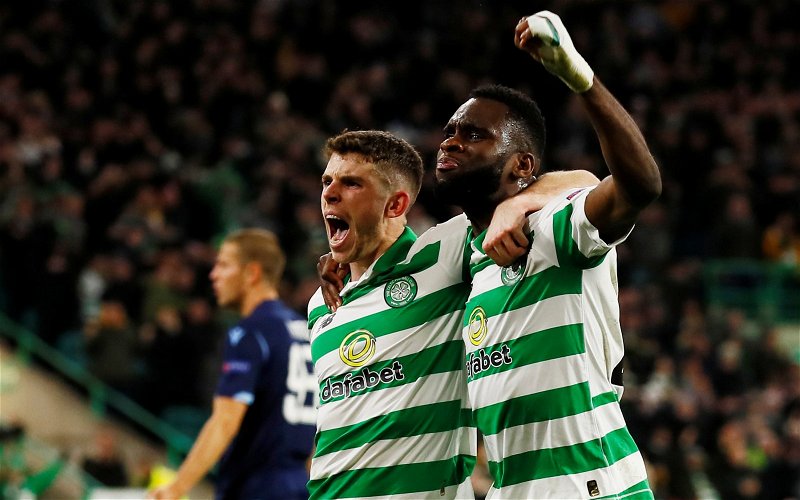 Frank McAvennie has called out Ryan Christie and Odsonne Edouard and accused them of not kicking a ball.

After a fragile start to the season Celtic’s form has gone downhill fast with their prospects of success this season hanging by a thread after winning just two of their last 12 matches.

Out of three cup competitions before the end of November the hoops are 13 points behind in the SPFL with confidence rock bottom among players and supporters.

Almost every aspect of the club has come in for criticism with Neil Lennon’s post-match comments and criticisms varying greatly.

Following the 4-1 home defeat from Sparta Prague the manager called for a change in culture, earlier in the season he claimed that some players wanted to leave after being beaten by Ferencvaros which was a theme that McAvennie picked up on.

FM There’s a few of them, a few boys that are on Social Media that, it’s all over the place, the one’s that are trying to get moves. And I heard way back that they wanted moves, I said to you. Christie and Edouard- the two of them haven’t kicked a ball. You can look at Christie and he’s been great for Scotland but where’s that energy that he used to have at Celtic. He used to have it every week. It’s not just those two boys but they are the two that everyone says wants away.

McAvennie had two spells with Celtic, in March 1989, within a year of scoring a double against Dundee United in the Scottish Cup Final, he left to join West Ham who were relegated at the end of the 88/89 season.