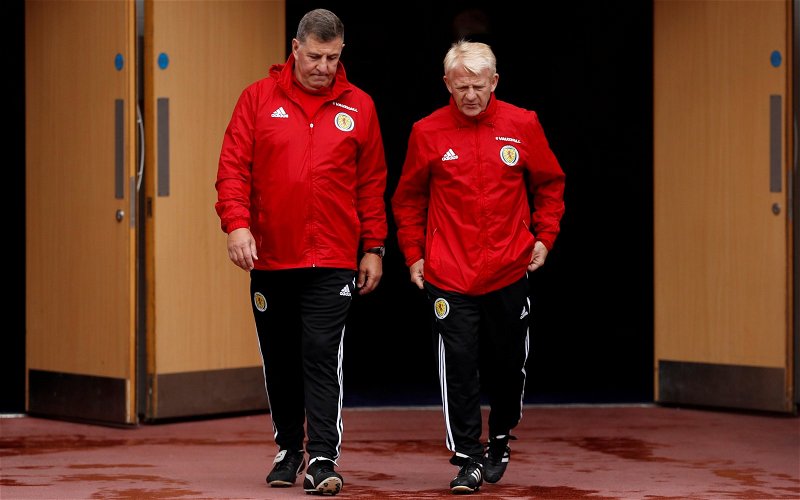 The skipper has sat out Celtic’s last two matches giving Ismaila Soro and David Turnbull an opportunity with both men impressing in the wins over Lille and Kilmarnock.

After the win over Kilmarnock Neil Lennon mentioned the hardcore being in consideration for Sunday’s match which has highlighted the cases for Brown or Soro.

Strachan Snr is very much entitled to his opinion but with one of his son’s, Gavin as first team coach at Celtic his view does come with some complications.

Picking up on an interview with Football Pass UK, The Sun reports Strachan saying:

It’s a huge decision because I still think he is a huge influence. I know for a fact Browny still thinks he’s an influence and the players still think that, too. I see no reason why Scott should not be playing.

It’s unlikely that the Celtic side will be confirmed before 1pm on Sunday with a couple of places fiercely contested.

Turnbull seems certain to make the starting XI but in goals Conor Hazard has just two Celtic appearances to his name while Jeremie Frimpong and Ryan Christie have valid claims to play wide on the right.