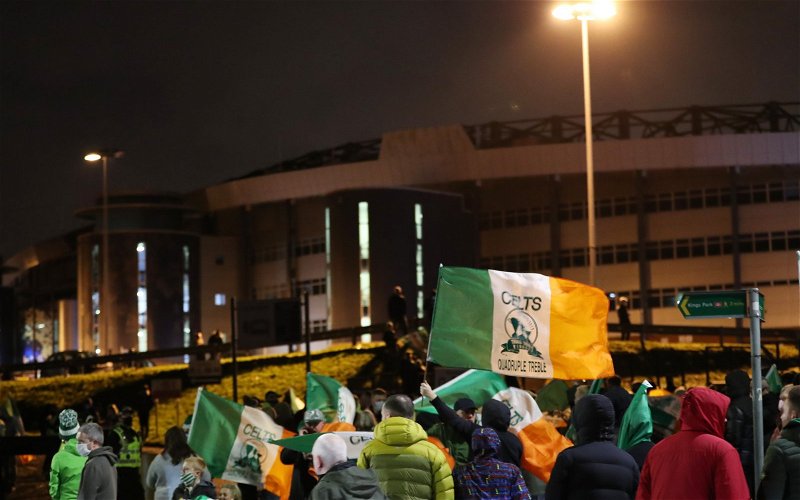 It was a day that stretched the nerves and emotions of every Celtic fan but finally the Scottish Cup undertook its most popular and shortest journey. Taking a left onto Aikenhead Road destined for London Road and another left towards Celtic Park.

For the 40th time Celtic clinched the trophy but for the first time ever there were no fans inside the stadium to witness the drama live.

Fans at the team bus after winning the cup ? pic.twitter.com/6KaLquZzcO

Across Scotland thousands watched the match live as Celtic twice moved in to winning positions only to throw away the initiative.

That streak continued into the penalty shoot out when Ryan Christie saw his shot saved by Craig Gordon leaving Hearts two kicks of the ball away from taking the trophy to Edinburgh.

Fortunately Conor Hazard saved twice to pave the way for Kris Ajer to deliver the final kick of the ball- driving it past Gordon to the delight of the Norwegian, his team-mates and fans worldwide.

Those fans close to Hampden headed out to salute the Quadruple Treble winners, 2020 is a year like no there but a week before Christmas there was an achievement to celebrate.