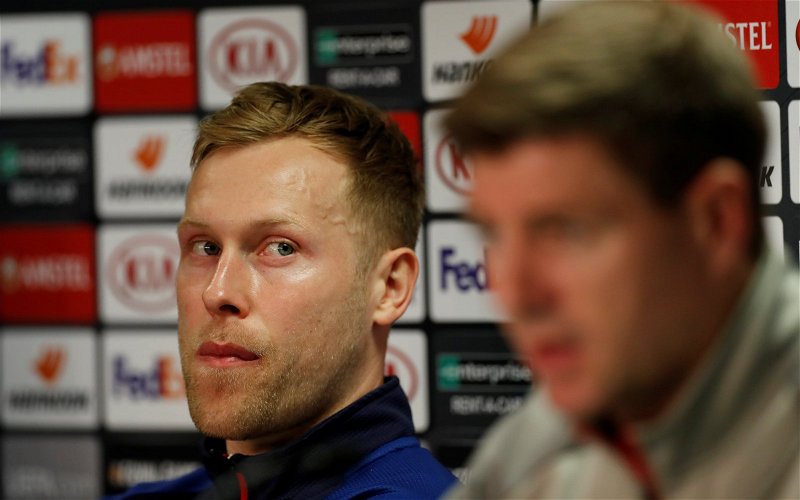 For all of the scoops and swoops that Keith Jackson has produced he will forever be associated with introducing Craig Whyte to the army of Daily Record readers as the Motherwell born billionaire with wealth off the radar.

James Traynor wasn’t far behind in November 2010 as they gushed over a new sugar daddy at Ibrox who was about to buy out Sur Dave for £30m and shower money on Walter’s squad which was getting by on a disguised remuneration scam that was denying Her Maj her fair share.

A decade later Traynor has come and gone, enjoyed an eventful spell actually on the Ibrox payroll before bowing out while Jackson has continued his sterling work for the Record’s readership.

Back in 1998 Traynor celebrated Murray’s 10th anniversary in power with a dinner date in the company of the great man in Jersey with Graham Spiers also at the table.

Gorging himself in the full glory of the Steel Magnate, Traynor informed Record readers that the lamb on offer was of the most succulent kind. As the Ibrox Empire started to crumble the phrase ‘succulent lamb’ was thrown back at Traynor and his fellow diners.

Today Jackson has plunged to similar depths as he drools over Steven Gerrard and his side storming their way to an Invincible Treble alongside European glory.

Jackson has never hidden his love for all things Liverpool, today he shared this gem with his readers:

It’s one thing for a manager to create a team modelled upon his own image. But Steven Gerrard appears to have gone one step further with this Rangers side by styling it upon his own hair. Immaculately prepared with remarkably consistent results and, yes, more often than not, head and shoulders above the opposition.

They were ruffled for a while yesterday by a stubborn Dundee United and the tactically impressive Micky Mellon whose rope-a-dope strategy very nearly stopped the runaway league leaders in their tracks yesterday.

Stuart Armstrong had a special song from the Celtic support that touched on his crowning glory but it is no match for the Gerrard tribute penned today by the Chief Football Writer at Scotland’s second best-selling newspaper.