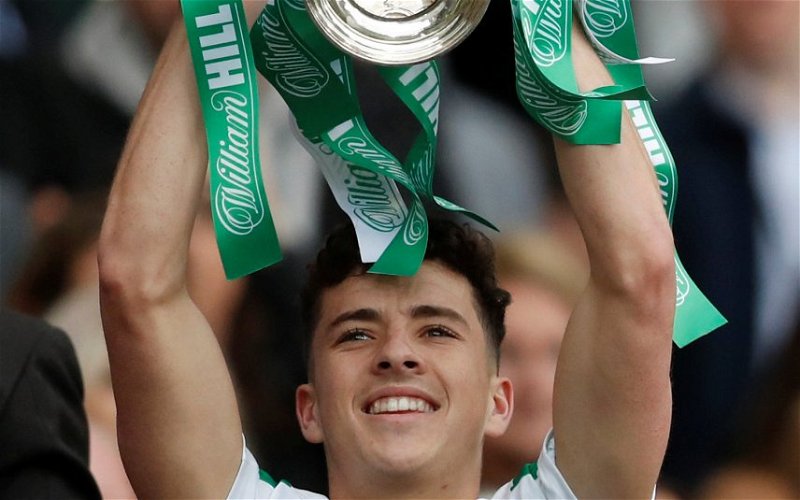 Mikey Johnston could play himself into contention for a place in Celtic’s Scottish Cup Final squad.

The winger hasn’t played since suffering knee ligament damage away to St Johnstone in January but has been spotted training with the first team over the last month.

Johnston played for 45 minutes in last week’s Glasgow Cup win over Celtic’s Ibrox rivals and looks set to continue his rehab in another Colts match tomorrow.

Mikey is back in training and will play 45 minutes with the development team on Monday. It may be cameo performances from Mikey as we work on his fitness.

The clue there seems to be ‘cameo performance’, being able to throw a tricky skilful winger on in the Scottish Cup Final against Hearts seems a logical choice if his fitness can be proved.

Moi Elyounoussi seems to be the only genuine wide option available to Lennon at the moment although the Southampton man’s main strength seems to be coming in off the wing rather than hitting the touchline.

Johnston scored twice against Hearts in the final SPFL match of the 2018/19 season then started against the Edinburgh side the following week in the Scottish Cup Final.

For the first time since August Celtic will have a clear week of training ahead of the Sunday’s Cup Final against Hearts, yesterday Robbie Neilson’s side beat Queen of the South 6-1 to go top of the Championship with 18 points from seven matches.