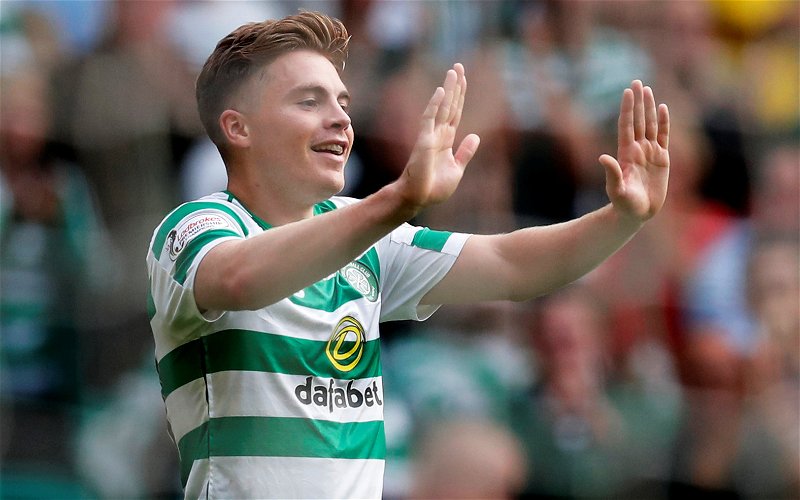 James Forrest is facing another month out of action.

An ankle stress fracture was detected after he came off during Celtic’s Europa League win over Riga in September with surgery later diagnosed.

Forrest’s absence in terms of goals, assists and experience has been badly missed with neither Jeremie Frimpong or Ryan Christie a like for like replacement on the right.

Celtic face a crucial run of games over the next three weeks before heading for a mini-break in Dubai but they’ll go into those matches without Forrest.

He is coming off the crutches at the weekend, which is a step in the right direction. We’re probably looking at the end of January, by then we will have an idea of where he is.

Forrest made his breakthrough under Lennon in 2010, when the manager feared that he was facing the sack at Kilmarnock in October 2011 the winger was one of the driving forces as a 3-3 draw was salvaged.

Under Ronny Deila Forrest lost his way but since Brendan Rodgers took over in 2016 alongside Scott Brown and Callum McGregor he has been one of the most important players in Celtic’s run of 11 successive domestic trophy wins.