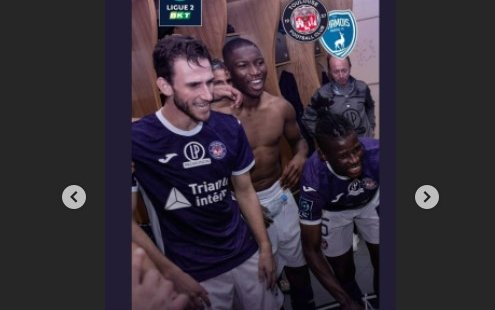 Vakoun Bayo is back in action at Toulouse after a month out of action with a thigh injury.

The striker has come on as a substitute in the last two matches for the French Second Division side against Niort and Chambly.

Toulouse enjoyed a 2-1 win over Niort with Bayo managing to pick up a yellow card in his 15 minute appearance as his loan side look to get into contention for promotion back to the top flight.

Bayo scored twice on his debut in the defeat away to Grenoble on the opening day of the season but hasn’t followed that up in any of his seven subsequent appearances.

With Patryk Klimala and Albian Ajeti signed since Celtic brought Bayo to Scotland it looks unlikely that the Ivorian has much of a future with his parent club.