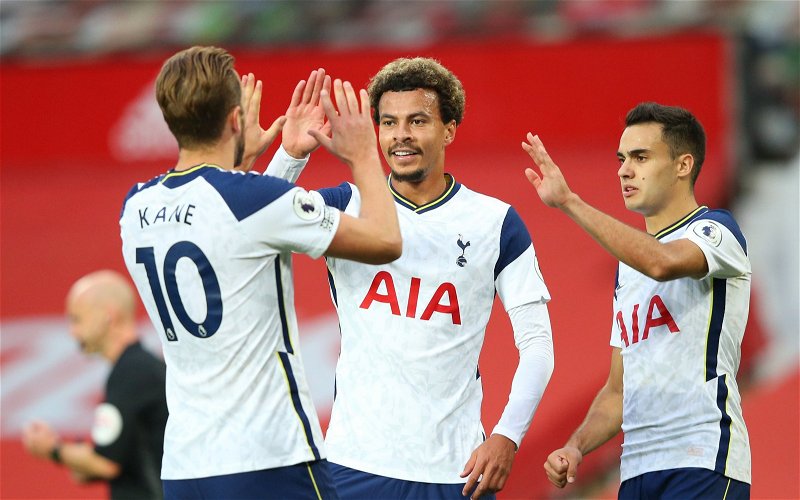 Danny Murphy has claimed that Dele Alli could be tempted into a loan move to Ibrox. It’s not clear whether he will link up with Jack Wilshere or not.

Dele has been sent to the Naughty Corner by Jose Mourinho making just three appearances in the EPL this season with two of them coming off the bench.

In 2018 he was one of the main players in Gareth Southgate’s side as England sneaked into the World Cup semi-final but as things stand it looks like he will miss out on a place in the squad for the European Championships.

Paris Saint Germain have been linked with a move for some time- on loan or a permanent deal but according to a former team-mate of Steven Gerrard the French aces could face competition to sign the 24-year-old.

I’m not sure Dele would be up for it, but I thought maybe Stevie G at Rangers could persuade him to go there and win him the title. He’d play every week, score a lot of goals, get his confidence up and impress Gareth Southgate.

There is an argument to say would that be enough scoring at that level, because it is a drop down. But I don’t know. Maybe playing under Stevie is something that he would enjoy.

Yeah and maybe Southgate would be able to assess how Dele links up with Tav and Kenty ahead of finalising his squad for the European Championships next summer.