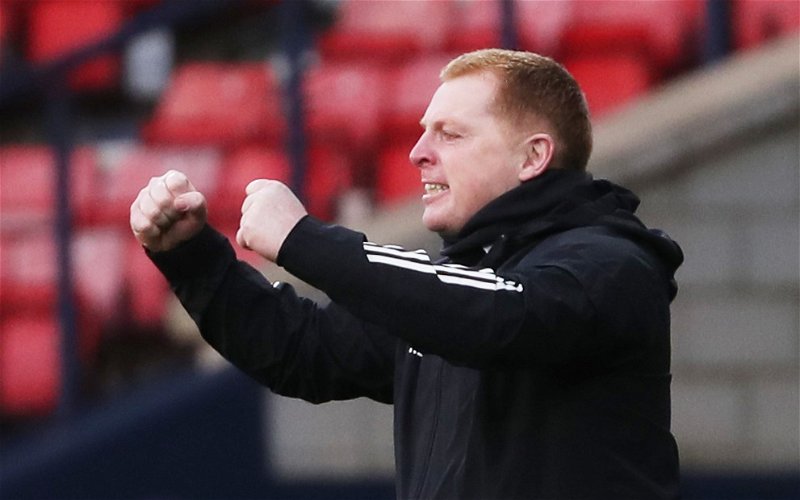 Neil Lennon was full of praise for his new-found midfield duo following the 3-0 win over Dundee United.

It was the fourth SPFL match running that Ismaila Soro and David Turnbull started together- and the fourth win on the trot without losing a goal.

More importantly than the goals against record the 2020 signings have created a new edge to Celtic’s attacking options with both midfielders on the scoresheet against a United side that are in fifth place and proving to be awkward opponents.

With Leigh Griffiths and Odsonne Edouard keeping defenders occupied Soro and Turnbull tried their luck from distance to put Celtic in front on their way to another victory.

Lennon looked transformed on the touchline- the agitated, distant figure for much of this season looked like he was enjoying himself as he confirmed to The Sun:

It sets us up very nicely for the weekend. Ismaila played very well and the goal’s a bonus. I’m just pleased with the way he’s handling the game at the minute and his use of the ball. His passing is very crisp and clean and he’s played very well since he came into the team. As has David Turnbull, another goal from him today. All round, it’s been a good day, apart from losing Christopher. Our confidence is good but we’re not getting carried away.

Soro and Turnbull look certain to start at Ibrox on Saturday but the make up of the Celtic defence is far from certain with Kris Ajer probably the only player sure to be in the side in front of Vasilis Barkas.