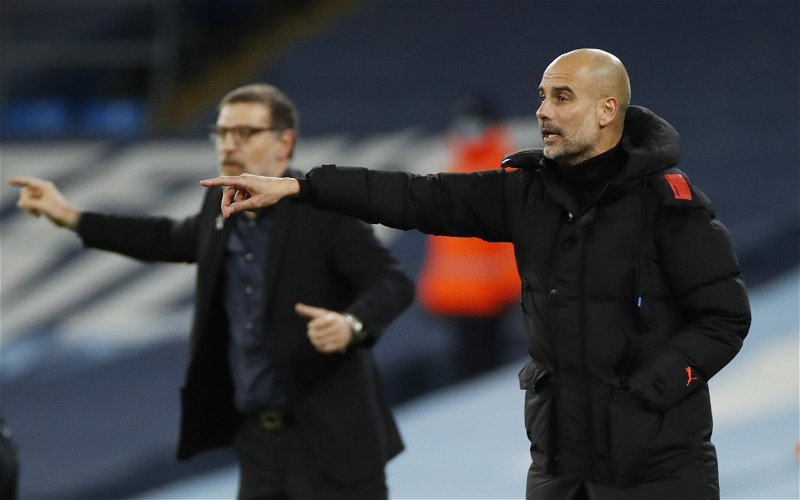 As farewell results go it wasn’t bad- a 1-1 draw away to Manchester City.

Overnight the jigsaw pieces slipped into place with West Brom dismissing Slaven Bilic with Sam Allardyce ready to take over despite his predecessor taking a point from the Etihad.

The managerial ‘merry-go-round’ in the EPL had been on hold this season but the lead up to Christmas is a notorious time for sackings as directors look at who they can trust during the January transfer window.

Bilic has long been linked with becoming Celtic manager with a successful spell in charge of Croatia the highlight of his CV as well as extensive knowledge of the UK game.

Before the official announcement from The Hawthorns Celtic fans were speculating about a possible move to Celtic with a tweet from Sky Sports confirming a link as recently as May 2019.

Monday’s Celtic AGM was a show of support for Neil Lennon from within the club but against that a statement last week mentioned that his position would be reviewed in the new year.

After back-to-back wins over Lille and Kilmarnock the pressure on the Celtic boss has eased slightly, wins tend to have that effect but any dropped points before the end of January or a cup final defeat on Sunday will see the spotlight return with one obvious candidate now sitting on gardening leave.

Sky Sports News understands former #WHUFC manager Slaven Bilic would be interested in talking to Celtic, if they decide against offering Neil Lennon a deal

Slaven Bilic for the celtic job

Bilic would be gagging for the Celtic job if we blow the cup final/get humped at ibrox.

That’s how Neil Lennon is still at Celtic

He missed a trick there.

A joke Bilic gets sacked after getting a point at the Etihad,Celtic should make a move for him now

Bilic to celtic in either january or in the summer.