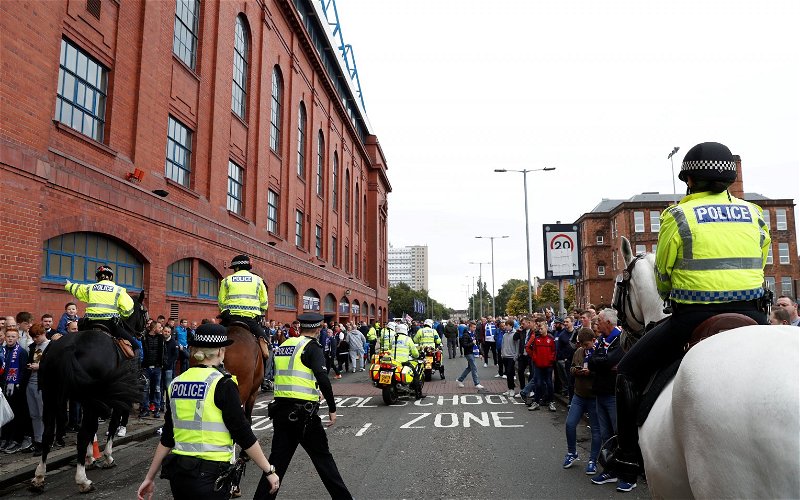 Celtic have called for Police action on the sectarian abuse players and staff encountered outside of Ibrox on Saturday.

Footage shared on Social Media showed the abuse given by around a dozen individuals outside of Ibrox in full view of Police Officers and club Stewards.

With CCTV  coverage outside of the main entrance on Edmiston Drive it shouldn’t be too difficult to identify and punish those involved.

No comment or apology has been offered by the home club who are responsible for security around their stadium.

“The sectarian abuse suffered by our players and staff is completely unacceptable.

“We have raised this issue with Police Scotland and they have confirmed they are investigating the matter. pic.twitter.com/mDUU7PSUam