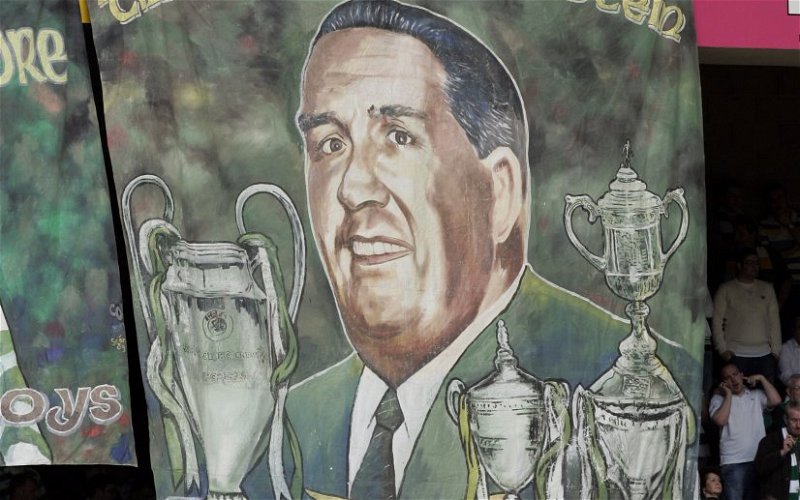 Davie Provan added something new to the legend of Big Shuggie following the death of his former Celtic team-mate.

It was Johannes Edvaldsson that signed the contract with Celtic in 1975 but as his nickname suggests he quickly came to terms with the local lingo, the patter.

Edvaldsson was the only player from outside the British Isles to play for Celtic in the seventies with Jock Stein’s 9-in-a-row side very much carrying the stamp of Made In Scotland.

No-one dominated the Scottish game more than Jock Stein when Shuggie was in his prime but the Icelander seemed to have picked up some bravery pills for one exchange with Scotland’s greatest ever manager.

In The Sun, Provan recalls one memorable quote from his former team-mate:

SORRY to hear of the death of former team-mate Johannes Edvaldsson, otherwise known as Big Shuggie in our dressing room. I was never tight with the big man, I remember he threatened to rip my head off at Pittodrie one night when I got lippy.

But he’ll be remembered as a top man who could play back, middle and front. And for interrupting a b****cking from Jock Stein with the immortal line “You can’t speak to me like that, you’re just a miner who got lucky.”

Provan joined Celtic in September 1978, a few months after Stein had been replaced by Billy McNeill as Celtic manager.

Stein was still around Celtic Park during his days as Scotland manager but with a memorable line like that there is no need to dig into when it was said.

Before his move to Llanelli in 1950 Stein played part-time for Albion Rovers with his real job working in the Lanarkshire coal-fields.