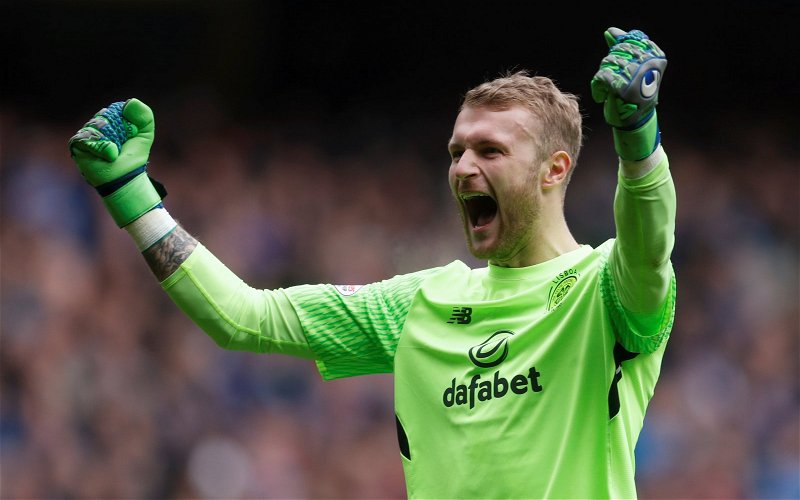 After changing goalkeeper for the third match running Neil Lennon has confirmed Scott Bain as his first choice.

The former Dundee keeper started the season as first choice, dropped out when Vasilis Barkas was signed, made a return during October and November then returned for the 2-0 win over Hamilton- his first appearance of 2021.

Following the Dubai trip Conor Hazard played against Hibs and Livingston, Barkas was restored for the 2-2 draw at Livingston but tonight the Greek internationalist was on the bench.

Last season Fraser Forster was Celtic’s clear first choice with the Southampton keeper expected to return again after being involved in Celtic’s return for pre-season training at Lennoxtown.

For some reason the deal didn’t go through with the position rotated throughout the first five months of the season.

Bain is now expected to be in goals against St Mirren on Saturday but after spending £4m on Barkas it doesn’t look good when an expensive internationalist is watching on from the bench.

? “He’s not the presence at the minute that he can be”