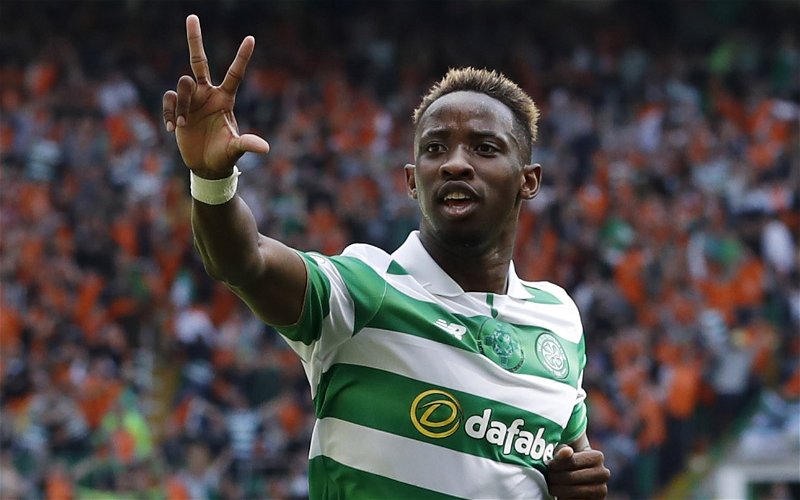 Respected Spanish publisher Mundo Deportivo has used the H word to describe the arrival of Moussa Dembele at Atletico Madrid.

The use of that phrase has been virtually outlawed in Scotland in recent times, TalkSPORT host Alan Brazil was warned by the station not to use it in relation to the club from Ibrox or their fans.

The H word is still used in the English media to describe matters German, during the sixties and seventies both sets of fans in Glasgow used it as a derogatory term for each other.

After the riots at Newcastle, Manchester United and Aston Villa in the late sixties and early seventies the tag stuck with the Ibrox club but over the last decade it has been eased out of mainstream use.

Dembele earned the tag for his performances in the Glasgow derby, starting with a hat-trick in the first ever SPFL match between the two clubs which put Mark Warburton and Joey Barton in their place.

He went on to score the only goal of the 2016 Betfred Cup semi-final between the two clubs and drilled in an unstoppable equaliser at Ibrox in the final fixture of 2016 before Scott Sinclair scored the winner.

Despite leaving Celtic in August 2018 for Lyon Dembele remains a big fan of Celtic, regularly exchanging banter with fans on Twitter.