Watch as loan bhoy breaks his duck with impressive header. 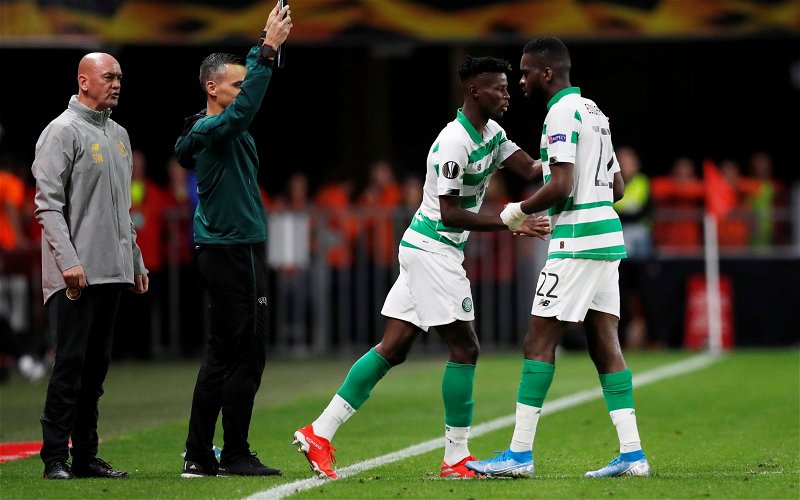 On the day that Celtic were unable to field a striker and drew a blank against Livingston it was kind of inevitable that their fifth choice would find the net for the first time since August.

On his Toulouse debut Vakoun Bayo scored twice away to Grenoble but in 11 appearances since then the on-loan striker hasn’t scored a single goal.

Bayo started on the bench yesterday at home to Grenoble but six minutes after coming on for Janis Amtiste he rose perfectly to head home from a corner to put Toulouse 2-0 in front and on route to securing full points.

Since moving to France Bayo has had just 606 minutes of football which would have been below expectations when he agreed to the loan to the French Second Division side.

A successful return to Celtic seems unlikely after two years without making the sort of impact to suggest that he can score as regularly as he managed at Dunajska Streda to earn his £2m transfer to Scotland.

Toulouse are now in second place in the table, two points behind leaders Troyes after 20 matches.