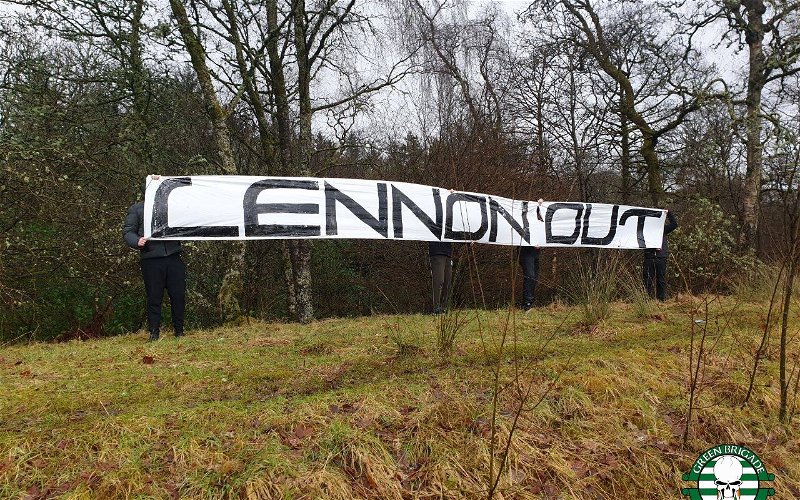 The Green Brigade has taken their calls for Neil Lennon to be removed to Lennoxtown, outside of Celtic’s Training Centre.

A statement released on Social Media explained the background to the protest, highlighting how Lennon said that he ‘would hold his hands up’ in October if results didn’t turn around.

The Celtic board are also called out after promising a managerial review in the new year, 36 days into 2021 it seems that the issue has been conveniently forgotten by the club.

Lennon was given a 12 month rolling contract in May 2019 after Celtic had completed the Treble Treble by beating Hearts in the final of the Scottish Cup.

He responded last season by winning the title with a 13-point lead built up over 30 SPFL fixtures although concerns were raised about the manner of the Champions League exit to Cluj.

This season has been one long catalogue of disaster that saw the club lose four successive home matches, get knocked out of three cup competitions before the end of November plus 13 players forced to self isolate after a training trip to Dubai.