Rangers Leaks has returned to Twitter after what appears to have been a very short suspension.

The account was set up soon after Sunday night’s club statement about an internal investigation which seems to have acted as a warning to media outlets not to ask any awkward questions.

Rangers Leaks published a couple of claims which quickly gathered them over 1,000 followers including some mainstream reporters. 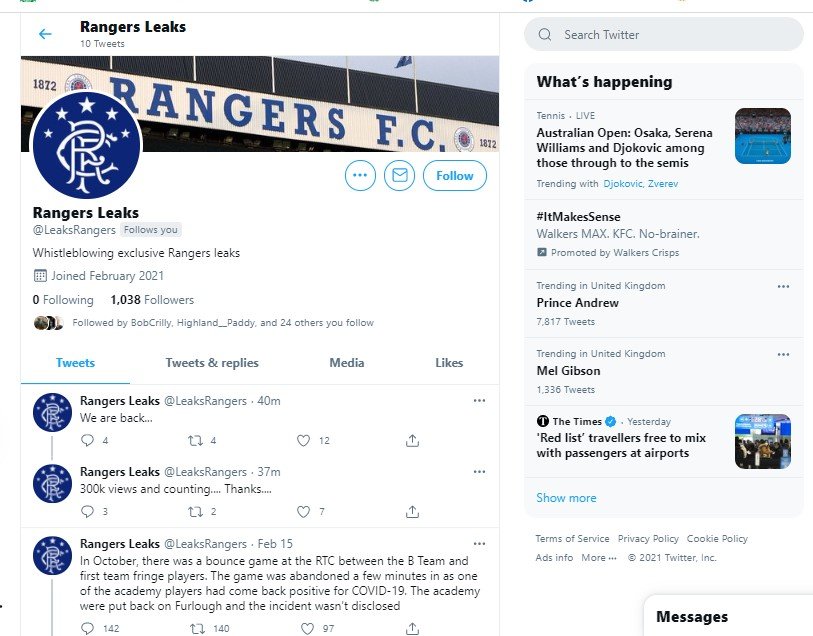 The issue of Sunday’s statement was brought up during Monday’s media conference of the First Minister but so far there has been no comment from the SFA or SPFL.

In October Celtic complied with a Track and Trace claim that Ryan Christie had been a close contact of Stuart Armstrong on Scotland duty despite the denials from the player. Arsenal ignored a similar claim that Kieran Tierney was a close contact.