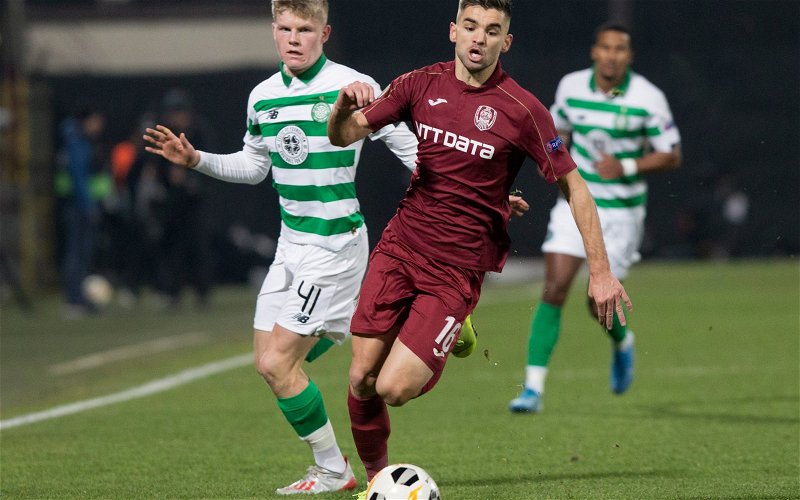 Scott Robertson is enjoying life to the full at Doncaster Rovers.

The Yorkshire side are in fourth place in League One with high hopes of winning one of the two automatic promotion places to The Championship.

Robertson had a brief return to Celtic after making 19 appearances for Gillingham as he gets the vital first team exposure needed to accelerate his development.

At the age of 19 playing central midfield in League One is tough going but with two games a week he is enjoying the demands of meaningful fixtures at a critical stage in his development.

Ahead of tonight’s match at Blackpool, Robertson told the Doncaster website:

So far I’m loving the busy schedule because it gives me more opportunities to get myself used to first-team football. Going back to Celtic and training there for a month or so before I came here helped me to get my sharpness back.

My aim is to play as many games as I can in a competitive league, and the competition for places in the midfield is helping me to improve.

Robertson has one start to his Celtic career, away to Cluj in a dead-rubber Europa League tie in December 2019.

Central midfield is a highly competitive area in Neil Lennon’s squad but with a major turnover expected this summer Robertson looks like being in a strong position when the squad gets together in June for pre-season training.