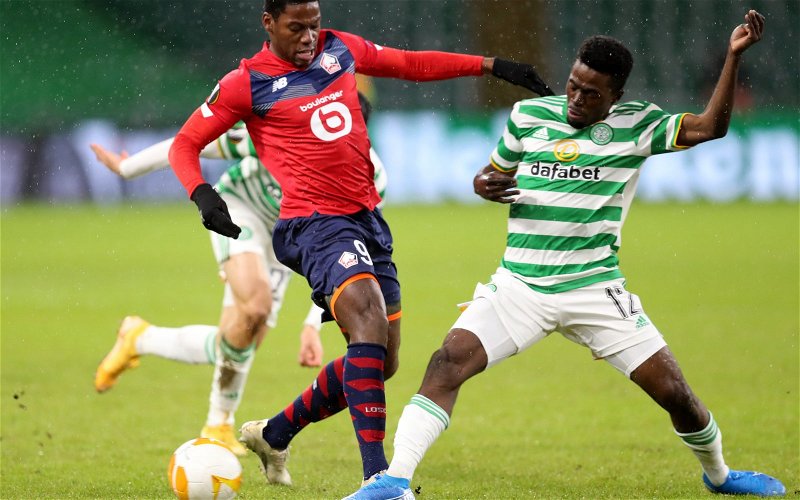 Neil Lennon has put the decision to relegate Ismaila Soro to the bench against Kilmarnock down to fatigue.

The midfielder had to wait until December 10 for his full Celtic debut but has now started 11 matches either side of the training trip to Dubai.

Scott Brown replaced Soro in the Celtic midfield with The Scotsman picking up on Lennon’s explanation during his pre-match interview with Sky Sports:

Soro has been struggling with a bit of fatigue. He’s a young player and has played a lot of games recently, so we thought it best that we took him out and gave him a rest.

After scoring in an impressive away win it is difficult to see Brown dropping out of the side for Saturday’s home match against Motherwell.

Ryan Christie looked like the only player to pick up an injury as Celtic enjoyed their second biggest win of the season at a ground they dropped points at in August.

Jonjoe Kenny made his debut at right-back with Stephen Welsh forming a promising looking partnership in central defence alongside Kris Ajer.