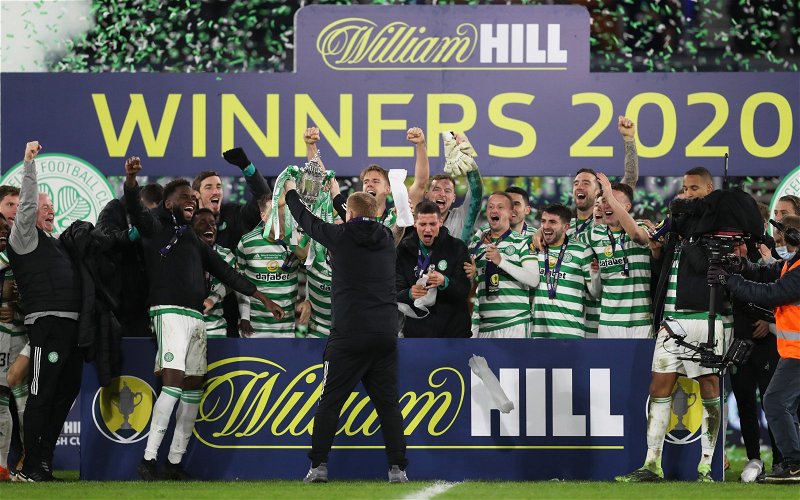 Celtic’s first match in the defence of the Scottish Cup will be shown live by Premier Sports.

Arbroath or Falkirk are scheduled to visit Celtic Park on April 3 or 4 but that is dependent on their Second Round tie going ahead with Falkirk mothballed since January 2.

There is still no firm date for League One to resume with talks being held over whether a 27 match or 18 fixture campaign can be scheduled and completed.

Issues over contracts, testing and bringing players out of Furlough have to be resolved before Falkirk and other teams in League One and Two can get back playing.

? And so is our live & exclusive coverage!

We’re bringing you two Round 3 clashes, to be played 3/4 April:

Celtic won the Scottish Cup for a record fourth successive time in December when they beat Hearts in a penalty shoot-out after a 3-3 draw.

John Kennedy’s side face Dundee United on March 7, a Glasgow derby on March 21 with the first post-split fixture scheduled for April 10 or 11.