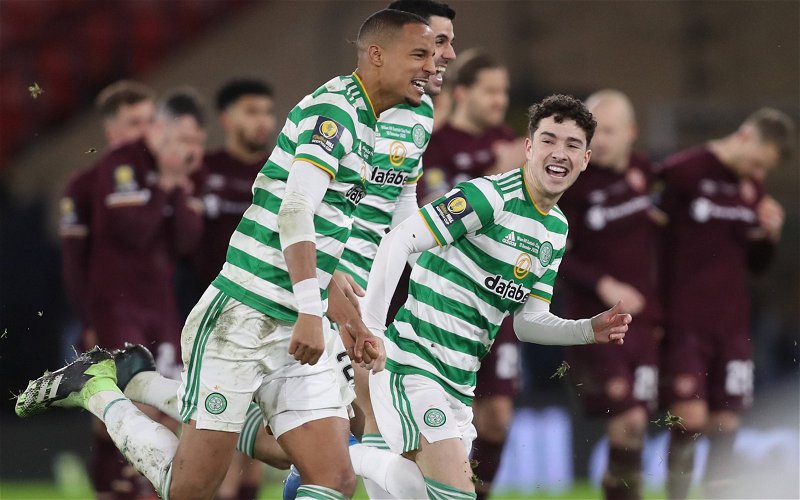 The Daily Record has applied the most incredible dose of translation top-spin to a Chris Jullien interview on French TV.

After suffering serious knee ligament damage the defender returned to his home country to recover with Celtic in constant touch about his rehab.

Celtic look set to lose a dozen players over the close season with the majority of the defence expected to move on making the full recovery of Jullien even more important.

There are no shortage of angles to speculate over players departing Celtic during June and July but when their own translation reports the player saying ‘But I don’t have to come back to France’ it seems unlikely that a currently injured player is trying to work his ticket.

Crocked Celtic defender Christopher Jullien has refused to rule out a move away from the Premiership side. The Frenchman has been sidelined since the victory over Dundee United in September last year.

The towering centre-back faces up to nine months out of the game and former boss Neil Lennon revealed he had been allowed to return to his homeland for rehab.

The former Toulouse defender has been speaking with the French media as he steps up his return and spoke about a potential return to Ligue 1. When asked on beIN Sports about a potential switch to Marseille, he said: “Go to OM? We don’t know what the future holds. But I don’t have to come back to France.”

The 27-year-old was also quizzed on his international future, adding: “It’s far, there are so many good players.”

Even his parents, family members and agent are unlikely to be pushing for an international debut for the World Champions at the age of 28.

In their very best Celtic form Moussa Dembele and Odsonne Edouard couldn’t get near the French international squad. The benchmark for Les Bleus is slightly higher than Scot McKenna, Jack Hendry and Declan Gallagher.

For any stray Record readers Gareth Southgate has still to provide a first squad call up for James Tavernier, Ryan Kent or Connor Goldson.