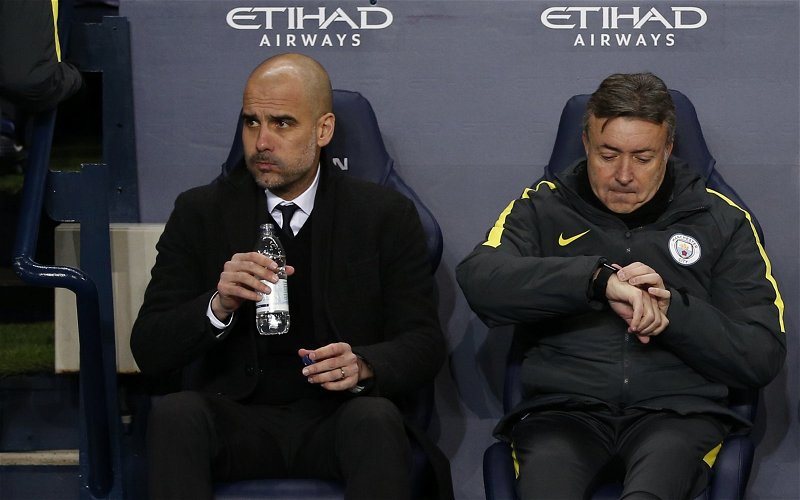 Although there has been no word out of Celtic since they announced the resignation of Neil Lennon speculation on his replacement is surfacing on an almost hourly basis.

Once the obvious options such as Eddie Howe and Rafa Benitez are examined the net tends to spread further, often to the ridiculous stage where little known out of work managers are proclaimed to be great options by even lesser known reporters.

Having a ‘linked with Celtic’ mention on your CV looks essential this summer but a little informed thought can sift out the Stuart Baxter type suggestions.

Domenec Torrent, lately of Manchester City and New York City certainly has a profile, as does Spanish football expert Giullem Balague who has over 1 million followers on Twitter.

Balague clearly doesn’t have the inside track to Dermot Desmond but The Sun does put forward a strong case why whoever is heading up recruitment should be contacting the 58-year-old former Manchester City assistant.

SPANISH football expert Guillem Balague reckons Pep Guardiola’s former right-hand man Domenec Torrent would be a good fit for Celtic. Experienced Spanish coach Torrent was a long-time assistant to Guardiola after linking up together at Barcelona B in 2007.

The pair spent 11 years working together at Barcelona, Bayern Munich and Manchester City – winning an incredible 24 trophies during that period. But in 2018, Torrent agreed to replace Patrick Vieira as head coach of New York City FC.

The 58-year-old spent 18 months in charge of NYCFC before walking away after leading the club to its most successful season in history, finishing with a club-record 64 points in the MLS regular season. He then lasted just four months in charge of Brazilian side Flamengo before he was sacked in November 2020.

Well, wouldn’t that be interesting! @DomeTorrent would be in my eyes a very exciting move. Number two to Pep at Bayern and City, and a great believer in possession based football and in the need to give spectacle to fans https://t.co/WRIPX0aJxX

Through Patrick Roberts, Daniel Arzai and Jason Denayer strong links have been built between Celtic and Manchester City, Torrent should have a decent understanding of the strengths and issues that Celtic face.

If Fergal Harkin is appointed Director of Football the expectation will be of a City related man in the managers job but with silence from Celtic Park everything at the moment is speculation.