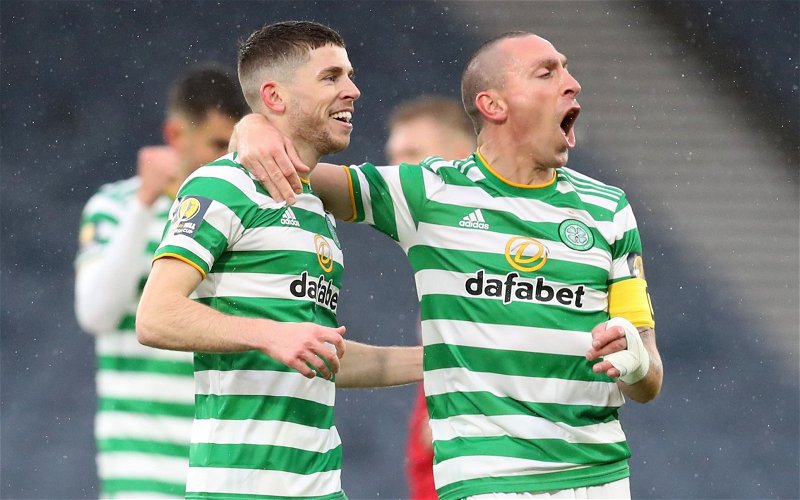 The Daily Record has added confusion to the Scott Brown situation.

In three months time the Celtic skipper will celebrate his 36th birthday with his hoops deal expiring at the end of June.

After 14 years and five changes of manager the clock is running down on Brown’s playing days with the prospect of a coaching role coming in from Aberdeen if Stephen Glass is appointed as manager.

With Celtic about to overhaul their squad under the eye of a new manager and Director of Football there are no certainties for next season, not even Brown leading the team into their pre-match huddle.

In a bewildering and contradictory chain of events the Daily Record tells their readers:

And Record Sport understands a fresh playing deal will be put on the table. The 35-year-old wants to continue playing but doesn’t want to become a bit-part player. Celtic are still waiting to appoint a new manager and until that is done then Brown won’t know what his Parkhead future holds.

Well that clears things up! A fresh offer will be put on the table but Brown won’t know his future till a new manager is appointed.

Brown hasn’t hidden his coaching ambitions, under Ronny Deila he helped out with the Celtic Development Squad on matchdays but Brendan Rodgers put an end to that.

Managing Celtic would be an understandable ambition but looking at the in-house reaction to John Kennedy it would seem that the best way to achieve that would be to move elsewhere to gain experience rather than look at an internal route.