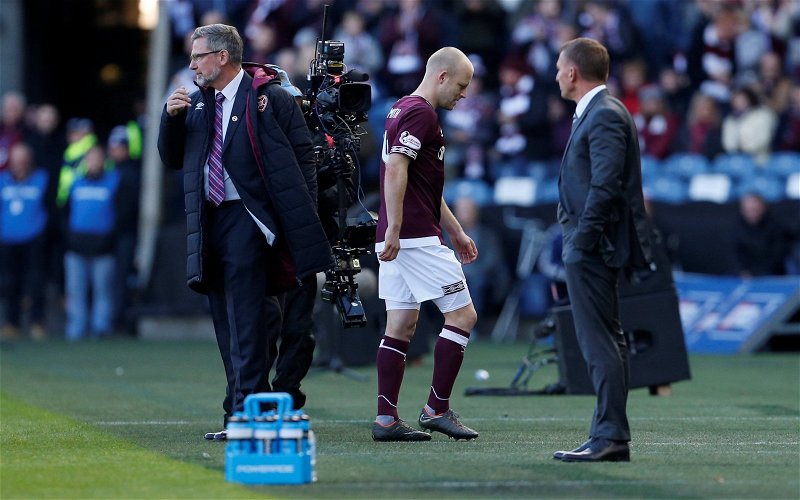 Despite a history of knee problems Craig Levein agreed to a bumper deal for the striker when he was available as a free agent in 2019 after picking up every last penny of his Norwich City contract.

In the season to date wee Naisy has started just 11 matches in the Championship but that didn’t put him off from slipping on the captain’s armband to collect the trophy last week to mark promotion back to the top flight.

Last season he started 14 out of 30 Premiership fixtures as the Jambos tumbled to relegation under three different managers. With Hearts facing financial difficulties he agreed on a 50% pay cut on his £7,500 a week Tynecastle deal.

I talk about that quite literally every summer I’ll sit and have a couple of weeks off and then I think to myself, ‘What do I want to do?’ Something that’s always been at the back of my mind, especially after having some bad injuries, when I finish playing I still want to have a decent quality of life in terms of what I can do, fitness-wise, playing football, whatever.

I’ve always thought I’m not going to play until my body gives up, I don’t think that would be the right thing to do. I’d say probably for the last two years over the summer I’ve sat and thought, ‘Do I want to continue playing?’

In all honesty that’s the only decision I’ll have. If I want to continue playing I’ll take my break, get as fit as I can and come back for pre-season and if I don’t want to then I’ll then have the conversations that need to be had but I’ll know what the decision is. In previous years that’s been the case.

If he does retire he is expected to step into regular media work alongside Neil McCann, Charlie Adam, Richard Forster, Billy Dodds and Steven Thompson.