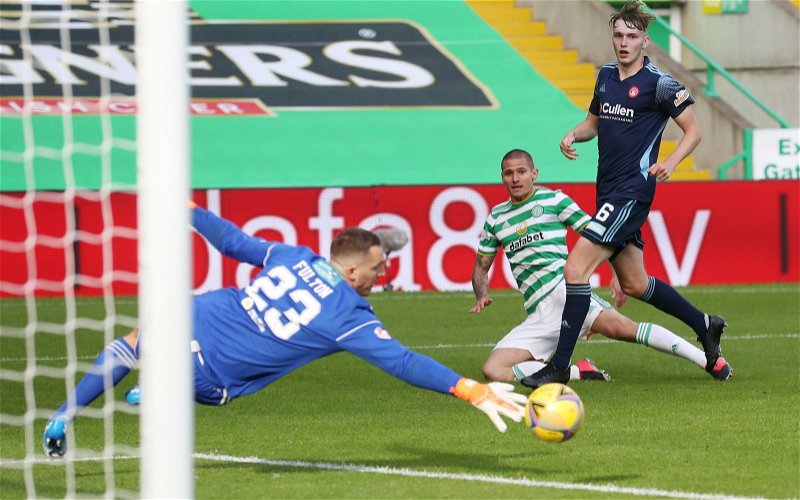 Telling the picture used was wearing the white and red of the Polish national team rather than Celtic.

After making 14 substitute appearances in the SPFL this season Klimala has failed to make the bench in Celtic’s last two matches with Odsonne Edouard, Albian Ajeti and Leigh Griffiths appearing to be in front of him for a place in the side.

Over the last fortnight there has been growing speculation that he is on the move to New York RB with the Daily Record claiming that it would be a permanent move.

Celtic paid a reported fee of £3.5m euros for Klimala from Jagiellonia last January but his arrival was at exactly the moment Leigh Griffiths found form-striking up an impressive partnership with Odsonne Edouard.

Klimala has played for the Polish u-21 side this season which would suggest that he has potential but the signs seem to be that he is on the move to the MLS after less than 18 months as a Celtic player.