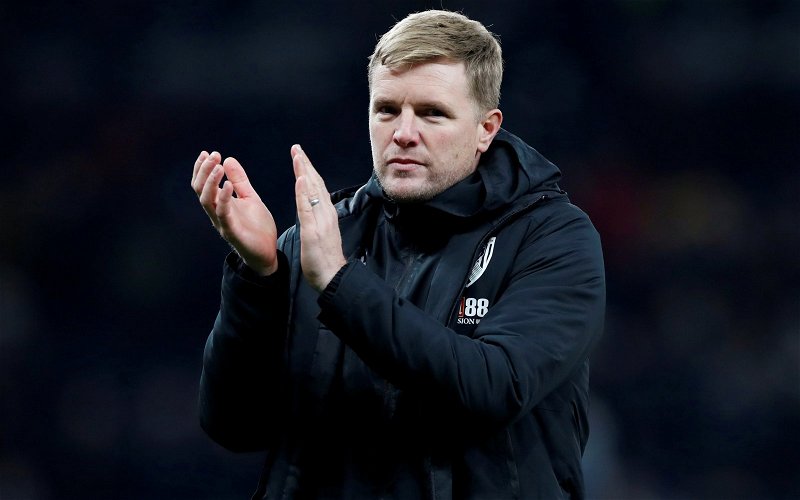 Celtic’s reported interest in Eddie Howe could face the ultimate test with Crystal Palace announcing that Roy Hodgson will step down at the end of the season.

It has been something of an open secret that the former England boss would retire but confirmation of that decision puts Howe firmly in the spotlight.

The former Bournemouth boss and the south London club would appear to be the perfect match but after a season out of the spotlight Howe’s reputation isn’t as strong as it was a year ago.

At the start of April Dermot Desmond and Dom McKay were reported to have held talks with the 43-year-old but six weeks on there has been no sign from either party that a deal has been agreed or signed.

Frank Lampard seems to be the early favourite for the Palace job but with five years in the EPL with Bournemouth on his CV it would be strange if Howe’s name wasn’t discussed for the Selhurst Park vacancy.

On Saturday, assessing Howe’s prospects of Howe taking charge at Palace, The I reported:

The reputation of Eddie Howe may have taken a nosedive with Bournemouth’s relegation last summer, but the 43-year-old’s work at the south-coast club would seemingly make him an ideal fit for Palace.

Howe’s talent for bringing in young players and getting the most out of his squad saw Bournemouth stay in the top tier for far longer than many had predicted when they gained promotion in 2015.

He has been out of work since leaving Bournemouth by mutual consent last summer, but Palace would likely face competition for his signature, with Celtic among the clubs heavily linked with the coach.

Neil Lennon’s resignation was announced by Celtic on February 23.

After nearly four years of managing his boyhood club, Roy Hodgson will be stepping down as our manager at the end of this season.

Thank you for everything, Roy ???