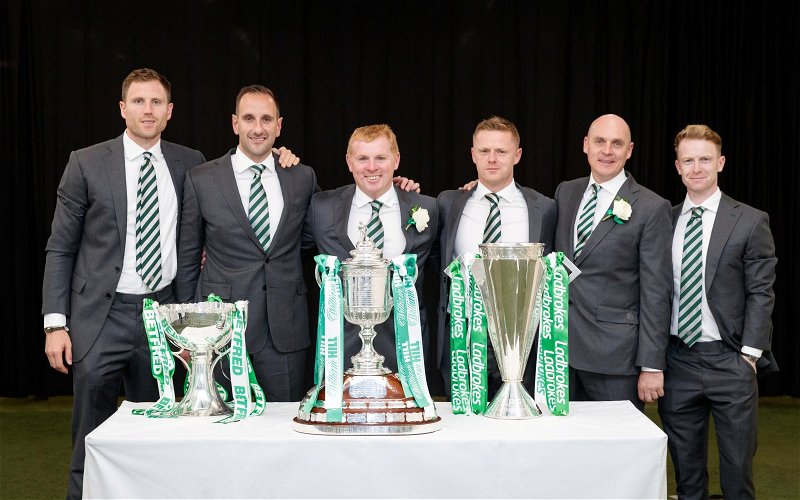 Damien Duff has been linked with a return to Celtic alongside Roy Keane.

The Dubliner left his coaching role at Celtic a year ago to return to his family and take up a key role with new Ireland boss Stephen Kenny.

Duff stepped down from that role and currently has no active role in the game beyond some television work.

Ange Postecoglou has been the centre of attention since Celtic’s efforts to bring in Eddie Howe fell through but there is another option that is bound to carry some appeal for Dermot Desmond.

Keane has most recently worked with Martin O’Neill at Ireland and Nottingham Forest but only as an assistant.

The story in the Star doesn’t say who would be manager and assistant, or whether they would be co-managers, but it does say that they could be in place within days.

Since news emerged linking Celtic with Postecoglou the reaction from most fans has been negative- if Keane and Duff were appointed they’d at least be assured of a warm welcome although positive early results would be expected/demanded from supporters increasingly concerned at the direction the club is moving in.

Duff joined Celtic’s reserve squad as a coach in January 2019 but stepped up to the first team a month later when Neil Lennon came in, initially as caretaker before leaving the club in May 2020.